Give Thanks To Political Parties!!!! 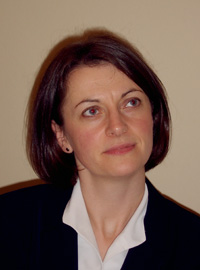 This may seem a strange choice of topic for the Director of the Conservative Christian Fellowship sitting in Conservative Campaign Headquarters to write an article on for a Christian website. However, I have always believed that Christians should have as their DNA, a spirit of gratitude and appreciation to God and to one another, including to political parties. I am afraid that for many Christians this may seem like a heresy.

In recent years, it has been wonderful to see the rise in interest in politics among the Christian community in the UK. Many more Christians are writing to their MPs and to the House of Lords to make their views known on legislation and churches are among the few groups that still hold hustings at election time. However, and maybe I am naÃ¯ve here, I had assumed that the many MPs, peers and researchers who open their post, would be stunned by how thankful Christians are when a political party supports their views. Such support has often involved much hard work by elected representatives and staff behind the scenes, to ensure that those who form the 'party line' are persuaded to take a stand. Once a vote is needed the whips office work incredibly hard to make sure that there are enough MPs or Peers, not taken up with duties outside the Chamber, to vote. This is harder than one might think. Just remember the Labour government's defeat by one vote, on a key amendment to the Racial and Religious Hatred Bill when Tony Blair, the then Prime Minister was still apparently within the precincts of parliament. How near we came that evening to loosing our freedom to preach the gospel.

Although many Christians write warm, clear and reasonable letters, I am sorry to say that we too often have recourse to long tracts of Leviticus written in red or green ink, just to make sure the point is not lost. Such long tracts might make a great sermon but are they really appropriate in this context, especially when the MP or their staff may not have attended church for years. We may think we have spoken the truth but was it really in love and has it really helped the promotion of the gospel? What would you say to the researcher, who has spent months witnessing to their colleagues in the office, when the mail bag contains such highly emotive and angry representations. Don't people matter more than any issue?

Permit me to make a suggestion. Why not buy your MP an Easter card this year. Not a mass produced one by a campaigning group, but just make a tiny detour when you are next in Tesco, write it and pop it in the post. I think most supermarkets even have a post box. Wouldn't it be great if MPs and their staff were saying to one another "have you suddenly got 50 Easter cards? It really makes opening the post more fun." How would the colleague witnessing in the MPs office feel...

The Equalities Bill - What a victory!

On Monday 25th January 2010 a key vote was taking place on an amendment to the Government's Equalities Bill in the House of Lords. Put simply, this was the amendment that would ensure that churches can employ clergy who are practising Christians and Christian organisations and charities can maintain their ethos by employing senior staff who are practising Christians. The amendment was eventually carried by only five votes. Every single Conservative peer who voted that evening, voted for the amendment. I can only imagine the scurrying around and 'Blackberrying' going on in the Conservative Whips Office that evening. I am sitting here, next to the staff who work for Baroness Warsi, who led on the Bill for the Conservatives in the House of Lords, still waiting for the overflowing bag of Thank You letters to arrive or the email inbox to be full of thank you emails. I fear I wait in vain.

Why are we so quick to complain and so slow to thank? If you think I may be unrealistic in my expectations, why not look at this video from a member of the House of Lords who is a CCF Patron? I think we are singing from the same song sheet...

The opinions expressed in this article are not necessarily those held by Cross Rhythms. Any expressed views were accurate at the time of publishing but may or may not reflect the views of the individuals concerned at a later date.
About Elizabeth Berridge

View all articles by Elizabeth Berridge