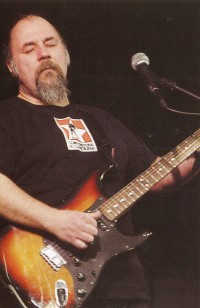 Now all you publicists out there - keep your hands off the trigger 'til you've heard me out!

Have you ever taken serious thought about all the hype in the entertainment industry? The fashion industry? The... er... "Christian music industry"? Now don't get me wrong, it's not sinful to let people know what's going on and of course in a world increasingly covered by various forms of media, that's a great way to communicate. The problem is that doing "alms in secret" is getting harder to do... unless you make a point to NOT make the effort to publicise everything.

Michael Card made a strong statement some years ago about something being wrong in an industry (he was discussing Christian music at the time) that didn't produce "normal", ie, not beautiful, not trendy, not slim and successful-looking artists. He criticized a number of things in the article but I immediately agreed on a number of points and wondered why more people haven't recognized the pure hype and money scheme is something they really don't have to buy (literally) into.

It will be quite interesting to see how the selfish and largely capitalistic approach to Western culture is going to go in future days. But I know this - the first shall be last and the last first.

Let's face it, God doesn't now and won't later agree with many of the statements I have heard and read again and again - and this coming first from the artists themselves: "This is my BEST CD", "It's anointed" (one of my personal favourites, that), "A MUST BUY". Hey, the only "must" in life is repentance, biblical faith and obedience toward Jesus and loving your neighbour as yourself.

The competition factor and the thousands (I did say "thousands") of individuals, businesses and political entities all shout for your attention and I KNOW we "MUST" have the latest, greatest whatever-it-is-by-whomever, don't we?
Let the madness stop. Take a breath. I've never been much on fashion so it is truly easy for me to say some of these folks don't know the meaning of the verse, "Beware of practicing your righteousness before men to be noticed by them; otherwise you have no reward with your Father who is in Heaven." Matthew 6:1 fairly well rocks, does it not? But please read on -

(2) "When therefore you give alms, do not sound a trumpet before you, as the hypocrites do in the synagogues and in the streets, that they may be honoured by men. Truly I say to you, they have their reward in full.

(3) "But when you give alms, do not let your left hand know what your right hand is doing

(4) that your alms may be in secret; and your Father who sees in secret will repay you.

(5) "And when you pray, you are not to be as the hypocrites; for they love to stand and pray in the synagogues and on the street corners, in order to be seen by men. Truly I say to you, they have their reward in full.

Doing a casual study of the Gospels I found six places where Jesus clearly told people (his disciples, parents whose child he had healed, etc.) "tell no one." In our day publicizing the latest greatest product or spiritual deed seems paramount to "successful ministry". Simplicity and humility cost. Are we willing to pass by the treadmill so as to not lose our souls?

I will say it again: it's one thing to let people know what you're doing from time to time. It's another to feed the hype-machine full on with the cash register and not the hearts of human beings the chief motivation for the "good work" you do. If "He must increase and I must decrease" means anything, obscurity begins to look more like the friend it truly is.

Let's be careful that we do what we do in accord with the calling, gifting and ultimate love for God and others, not for show or pure gain. And let me say I have this nagging suspicion that God's "top 10" won't look anything like ours.

As always, the Lord has the last word. "But there is nothing covered up that will not be revealed, and hidden that will not be known. Accordingly, whatever you have said in the dark shall be heard in the light, and what you have whispered in the inner rooms shall be proclaimed upon the housetops." (Luke 12: 2, 3)

simple rule... when you sing in to a mike you are ministering.
when you pick up the mike and dance all over the platform you are entertaining.
Think about it.

Pastor thank you, really. Well, lately I'm finding it difficult to continue watching some Christian TV precisely because of the showmanship you've aluded to which is begining to look more and more like a circus! Frankly, I find it's all very confusing. One "great" Preacher thoroughly alarmed me last night when he behaved like a Medium and solicited applause for it! Anyway, to cut a long story short, I am most definitely going the Messianic Jewish way.
Shalom