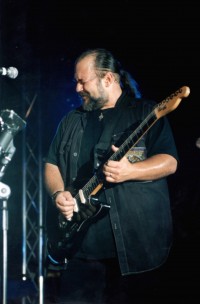 I think we have come to a time in church history when some of us are more concerned about (like all good Americans) making the sale than being sure we have told people the truth about counting the cost of following Jesus.

The American capitalistic ethic is big, bigger, biggest, and the idea of success so wrapped in a scheme of larger and deeper influence of the masses (as opposed to simple discipling one to one) that church growth and the quick fix of a prayer for salvation have left us perhaps thousands of people ready to be blessed with a freedom to do exactly as they choose on a daily basis.

The fact of backsliding must be linked at last with the concept that some never "front-slid"! Certainly some of this is the direct fault of the individual due to personal choices, but there is a measure of real responsibility that must land on the doorstep of the American church.

Then comes a time when for any number of reasons (I refrain from listing a rather lengthy bunch of them here) we determine to "take charge" of our situation.

The problem with this is that if I understand the sovereignty of God as the Bible teaches it, no one nor group of us OWNS any one or group of us. The church, local and universal, belongs solely to the Lord Jesus Christ.

Endless discussions about many things can help to clarify the mission and place of the church in the world and to some degree, our individual and collective place as well.

There are powerful emotions and demonstrations of revival - real or surface revival as only time can tell. But the fact of "old nature" and everyday choices to honour God or centre on self remain. There is in every generation the gamut of good and bad choices, opinions, attitudes, those with or without a gift, skill or education in the Scripture, and of course we all continue with this terrible ability to confuse and conflict with God as his own Word gives direction.

Leaders are called, gifted by the Spirit for specific service, are in fact "ministers" (Greek "servant") who serve full time regardless of any "day job" they may have.

Not all are called to serve in pastoral capacity. Though the job certainly can and must be learned, the idea that one chooses to serve as a pastor, or is called and affirmed by a body of Christians, or that the gift, calling and ordination by GOD can be "taught into a person" is just not scriptural.

In my opinion, parts of the problem for much of what's wrong in today's churches can be traced to people in leadership who were not first truly called and gifted by God, but were somehow affirmed by human beings to assume pastoral work. The lack of character, godly attitudes and biblical concern of many leaders has certainly attributed to the low quality of spiritual life in many an assembly. On the contrary, because the people of Israel wanted a king, they ended up with Saul.

The one-man "king" is as unbiblical and as much an abomination as is the "board" of un-spiritual men calling or rejecting a pastor on the basis of "felt needs" and like or dislike of the individual's sermons. Either they are called by God, appointed by the Spirit, clear and direct in preaching, teaching and commitment to the Word of God and its principles, and exhibit the character so listed by Paul pertaining to elders or they don't. In the case they do not, church discipline - of leaders - is also mentioned in the Bible. In the event they have been truly appointed by the Father and meet the other criteria I have listed here in accord with the Word of God, they will be fruitful, respected and followed whether or not a group of un-spiritual men determine to cast them out or not.

There have been occasions in church history for people such as Martin Luther to confront unrighteous, unbiblical teachings and practices by nailing such to the doors of church leadership. There have also been occasions of the people of God voting one who is arguably the greatest American theologian-pastor (Jonathan Edwards) right out of the local church! While churches and boards and "hireling" pastors are fickle and can be nearly unsatisfied, God is not at all given to change, least of all in terms of his Word.

Why congregations and leaders alike often see fit to ignore or neglect the clear teaching of Scripture on issues of concern seems clear. If they had faith in his voice, they would be subject to it. When they exercise more faith in their own feeble opinions and solutions to the sin, temptations and troubles of this life, the Bible is left closed and so do they t its eternal truth.

Neither powerful moves of the Spirit (unless corresponding LASTING change in the people) nor programming changes (formats such as the many church growth schemes) nor any other thing I have ever seen/heard/ experienced in the Bible, church history or in my years of ministry are THE automatic "fix-all" for what ails us: sin.

Much of the Old Testament reveals the mercy of God again and again coming to his people as ungodly leader after ungodly leader does "business as usual" while the people go their own way as well. Then a time of repentance, revival, solid leadership, general obedience of the people appears. And then backsliding again. This is normative in the Book, and seems very much the same scenario in the churches today. How often we find leader and congregation alike concerned with every possible possibility while God in question. Because many have indeed been caught up in the law, have missed true relationship to Jesus, neglected biblical mercy, justice and love, they have also decided that the Scripture is irrelevant and perhaps even dangerous to discuss.

I submit to you that those who have decided that they can better trust human judgment than the clear voice of Scripture on an issue risk damage to their souls and those in the church they influence. No event, format or even legitimate revival can alter the responsibility of leadership and congregation to respect and consult the Word of God on issues pertaining to individual and corporate church life.

After the Bible, church history can teach leaders as well as their flock such incredible lessons that it seems a great tragedy many neglect to study both.

Times and paradigms indeed change, but the idea that the "new" is any more holy than the "old" is just not true. Balance, wisdom and reverence for God has EVERYTHING to do with how much faith one has in the Bible. Church history reveals that the same basic theological, questions, doctrines and even varied methodological disputes have been addressed again and again. We needn't make ALL the same mistakes - but in humility we must be willing to learn from those who sought to live and serve together under the Lordship of Jesus Christ in the past as well is present.

Church growth and revival must produce more than heightened awareness of math, unsustainable emotion or formulistic laws. Godly leadership and surrendered congregations are marked with love, enduring relationships to Jesus and one another, biblical discipleship and mission outreach. May this be our legacy?

As always, the Lord has the last word: 'For my thoughts are not your thoughts, neither are your ways my ways,' declares the Lord. 'As the heavens are higher than the earth, so are my ways higher than your ways and my thoughts than your thoughts. As the rain and the snow come down from heaven, and do not return to it without watering the earth and making it bud and flourish, so that it yields seed for the sower and bread for the eater, so is my word that goes out from my mouth: It will not return to me empty, but will accomplish what I desire and achieve the purpose for which I sent it.'" (Isa 55.8-11)