Australian apologist JOHN SMITH has looked into the epidemic of suicide and depression in our culture. 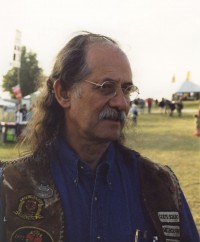 I have rigorously investigated the literature and the surveys, relevant not only to suicide, but to the whole range of depression-related illnesses and dysfunctions. The most relevant and telling statement in brief comes, in my humble opinion, from the University of Pennsylvania in a scholarly paper investigating the tenfold increase in clinical depression over the last 30 years.

It claims that "Rampant individualism carries with it two seeds of its own destruction: first, a society that exalts the individual to the extent ours does will be ridden with depression; second, and perhaps more important, is meaninglessness... the larger the entity that you can attach the self to, the more meaning you can derive. To the extent that it is now difficult for young people to take seriously their relationship to God, to care about their relationship to their country, or to be part of a large and abiding family, meaning in life will be very difficult to find. The self, to put it another way, is a very poor site for meaning. Thus an individualism without commitment to the commons produces depression and meaninglessness on a massive scale."

Over-investment of meaning in the individual is a fatally flawed strategy for social advancement. It's interesting that Australian men currently in their 60s and 70s (socialised before the huge rise in individualism) are currently suiciding at their lowest rate since the great depression (1930s) whereas Australian men in their 20s and 30s (collectively) have just posted (in 1995) their highest ever suicide rate since statistics were first kept in 1881.

The trigger, which brings on depression and exposes the lack of meaning in an individual's life may be loss of job, desertion of spouse, conflicting parents and/or a host of other things. But none of these are new. What is new is the "learned patterns of helplessness." From loss to helplessness to hopelessness to depression to despair.

There are the greater background issues Martin Seligman addresses and the personal triggering issues - all must be addressed. Materialism and individualism are a deadly cocktail. Self-esteem lessons will do little to rescue the soul from the meaninglessness and learned helplessness of a society which avoids civic responsibility to teach its newer citizens the great values and meanings which must underlay any healthy community. The antidote is no quick fix, simplistic answer. This suicide plague is a symptom of a greater crisis than western culture has ever experienced in its brief few hundred years of modernity. Don't rush it and don't politicise it. This is about the death of God and the death of humanity.