Australian apologist JOHN SMITH reflects of the rough realities of a shepherding. 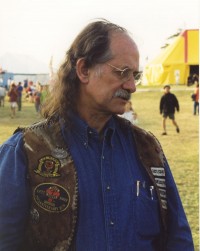 Many years ago I served a brief stint as a jackeroo on a sheep station out past Miles in Queensland. As a Methodist parson's son, fresh out of high school, you can well imagine that the denizens of the shearing shed gave this new chum a rough week or two to prove himself. Fortunately, I eventually did. Watching the distinctly city slicker Paul Hogan pretending he knew a thing or two about the outback in his Crocodile Dundee movies brought back memories of those incredible sheep dogs literally running across the backs of the flock to stop a delinquent on the other side of a thousand head from escaping through a hole in the fence. My dear Dad, who is 80, sometimes reminded me of one of those sheep dogs. We used to say in the more religious days of our now very secular society that such a good minister of a church "keeps a loving eye on his flock." Leadership in any form is meant to be a bit like that. Sometimes the sheep dog looks so relaxed you wouldn't think he'd have a clue about what was happening to the woolly "jumbuck" getting stuck in the mud of a fast drying-up billabong. But any of us who have worked on the land know the savvy, the watchful eye and the speedy response when any of its charges are in trouble.

Of course there is a great difference between shepherding 10,000 head in Australia and looking after a small, more personalised flock in a peasant situation in the Middle East. At the time of the writing of The Bible, the economic situation in the Middle East had produced many situations of the absent landlord with the flock being cared for by somebody just paid to do the job but with no real personal interest in the flock. That's why Jesus one day said to his followers that he was a good shepherd and not a hireling, he said that when someone is just being paid to do the job, he'll simply take off in a situation of danger and look after his own hide rather than the boss's sheep.

A theological professor told us once of being lectured in a tour bus by an Israeli tour guide about the fact that (in contrast to Australia), shepherds there actually lead their flock and the sheep follow, each of them personally known to the caring shepherd. Shortly after, he saw what appeared to be a shepherd driving a small flock of sheep along the side of the road. He said to the guide, "I thought you said shepherds lead their flock rather than drive them? There's a shepherd driving his sheep." The guide tersely replied, "That's not the shepherd - that's the local butcher." Sadly, this seems to be a time when civic, political and sometimes religious leaders are more like self-seeking butchers of the public than serving and caring shepherds.

The gentle but sometimes strong leadership of Jesus as we have it recorded in the Gospels is the style of leading the way by example; of showing personal interest in His charges for other than personal gain. I guess that's just one of the reasons for many years I have felt confidence in him as the guide and shepherd of my soul and my substance.