Meaning Of Events In Gaza 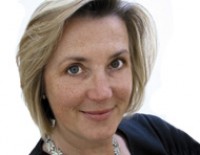 What follows is an extract from an article written by a friend of mine, Jonathan Miles. He used to be a journalist and broadcaster in the States, but years ago decided to go and live in Israel. Little did he know then what the future had in store for him.

I first met Jonathan in early 2000 when the current intifada was starting. He took me into Gaza on a wet, cold day in January to visit a number of Muslim families who had children who needed urgent medical attention, in particular heart surgery. Jonathan is an example of what one man can do in the face of enormous opposition. He took his wife and young family to live in a refugee camp in the Gaza strip for a number of years. His children went to the 'local' school, were taught in Arabic, lived like the local people, mixed with the local people ... and survived. They lived as one Christian family in a sea of Muslim families, but always Jonathan described the gentleness and generosity of these people with genuine affection.

Whilst there he became aware of the lack of hospital facilities in Gaza and realised that children were dying for lack of medical attention. He knew that if he could get these children to the Wolfson Medical Centre in Tel Aviv, a few miles up the road, lives could be saved. So, he used his contacts and began raising the funds to bring seriously ill Palestinian (Muslim) children ... children with life threatening heart defects ... into Israel for operations that would save their lives. Gradually news spread across Gaza ... stories began circulating that children who were dying, were living. Many were suspicious about letting their children be treated by Jewish doctors and Jonathan had to reassure these families that the Jewish doctors would save their children, not kill them, as many feared. Before long, Jonathan was inundated with requests. He would visit each family and assess the condition of the child. He would make contact with the doctors in Tel Aviv and arrange the relevant surgery. He would liase with the Israeli authorities and the Palestinian authorities. He would accompany the families through the checkpoints. He would visit the families whilst the children were in hospital. He would visit the children himself. Then he would bring them safely home again, to the sheer delight and admiration of their grateful families. Then the stories would circulate that these children's lives had been saved by Jews ... and many myths were dispelled... they had lived to tell the tale. And all this during one of the bloodiest intifada's of all time.

Over the years hundreds and hundreds of children have been treated in this way. I have seen this with my own eyes ... visited their homes ... spoken to their parents ... visited the hospital in Tel Aviv and spoken to Dr Sion Houri the paediactric consultant there. I will never forget the first day I spent in Gaza.

The demand for surgery grew so vast that Jonathan and his family moved out of Gaza so that they could take on more staff and raise more money and today his work has extended into Jordan and Iraq - yes, he arranges for sick children from Iraq to come to Israel to receive the medical attention they need to save their lives! The details about his organisation, now called Shevet Achim are at the end of this article.

So what has all this got to do with the settlers leaving Gaza? Having read countless reports written by a wide cross section of people, it is Jonathan Mile's perspective that I have decided is the most appropriate for us Christians in the West; we who are often so quick to express an opinion. Remember, Jonathan has lived in Gaza; he knows first hand the deprivation that exists there, one of the most densely populated places on the face of the earth.

And so what follows is Jonathan's perspective of recent events in Gaza.

'The thoughts of many of us have turned toward Gaza as Jewish settlers have been forcibly removed recently. Since my family and I lived for nearly five years with the Arab people of Gaza, directly alongside the Jewish settlements, several people have asked me how to understand what they are seeing. "Is this a good thing? What will happen?"

It is moving to witness Jewish families clinging to their homes until the last possible moment because of their faith in the God of Israel and his promises to them in the Hebrew scriptures. But I also think of the fathers to whom the promises were given: Abraham humbling himself before the other inhabitants of the land in Genesis 23, or Jacob leaving the promised land with scarcely a backward glance for what turned out to be a 400-year exile. I admire their assurance that God will be faithful and work out his purposes in his time despite changing circumstances.

So I look for God to use these events in Gaza for good, and particularly to draw near both these peoples in the land who are close to his own heart. Healing of the relationship between Arabs and Jews is inextricably bound up with the coming revelation of Jesus in the region.

How will the changes affect our mission of bringing children from the Gaza Strip into Israel for heart surgeries? 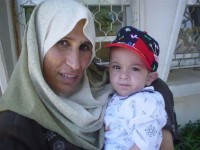 The Israeli humanitarian office at Erez has made it clear, that they will still allow free passage to any child in Gaza that needs medical care. In the photo opposite you can see Hussein who was brought up to Wolfson Medical Center in the midst of the disengagement for an emergency heart surgery. We as volunteers at Shevet Achim find this especially amazing. We can not think of many other countries that would deal with these sorts of medical issues in the middle of a very complex disengagement operation.

Perhaps the best barometer of what is happening at the border crossing is the number of busy taxi drivers. They will tell you that the flow of traffic across this border crossing has changed dramatically. The Israelis are building a huge brand new complex complete with a terminal building. They are obviously preparing the site as a large, new, international border.

It is most likely that it will take a long time until Gaza is able to build a hospital infrastructure that can meet the needs of their own population. In the meantime, the volunteers at Shevet Achim will count it a privilege to continue to offer logistical and financial support to help these children in need.'

Jonathan Miles
Coordinator
Shevet Achim
"Behold how good and how pleasant for brothers to dwell together in unity" (Psalm 133:1).

I think Jonathan's attitude is particularly helpful ... surely our role as Christians is to undergird what's happening in places like Gaza with regular prayer and financial support where we can. Jonathan and his team have done so much to dispel the myth that Christians hate Muslims by showing the community in Gaza genuine compassion so that the people there have 'tasted' Jesus and experienced first hand His care. Some of you reading this may live in hostile situations where distrust and hostility run deep and there seems no answer. I hope this short example is helpful to you ... it's up to date and highly topical, coming as it does, from one of the most troubled and tense parts of the world.

If you would like more information about Jonathan's organisation, Shevet Achim, or would like to browse his web site, all the details are below. And if you would like to read his full story, then you will find a chapter in my book, 'Israel: the Mystery of Peace', published by Authentic.

Financial support for the work of Shevet Achim may be given via their secure website or sent to one of the offices listed below. All gifts are tax-deductible in the US.

The opinions expressed in this article are not necessarily those held by Cross Rhythms. Any expressed views were accurate at the time of publishing but may or may not reflect the views of the individuals concerned at a later date.
About Julia Fisher

Julia Fisher is a writer and radio broadcaster and Director of a charity called The Olive Tree Reconciliation Fund. She has travelled frequently to Israel and the Palestinian Authority areas researching the stories of the growing numbers of both Jewish and Arab believers in Jesus. Julia has taken a particular interest in those who are truly reconciled despite the politics of the region, and who are actively working together because of their belief in the Bible. Many of these stories have been published in books (including âIsraelâs New Disciplesâ and âMeet Me at the Olive Treeâ, pub Monarch) and articles by Julia.

View all articles by Julia Fisher

thanks. I hope many can hear of this sharing of love between jews and arabs and barriers and misunderstandings come down.