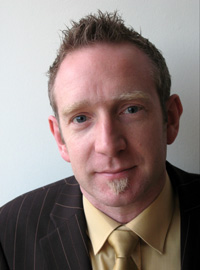 It is said that Thomas Aquinas went as a young man to see the Pope. A well-dressed cleric met him, and with a derisive glance at Thomas' black robe and dirty feet, he turned to the opulent gilded ceiling, and declared with pride, "I suppose the church can no longer say, 'Silver and gold have we none'". Thomas retorted, "Perhaps that is the reason the Church also cannot say, 'Take up your bed, rise and walk'".

Today in the UK I could take you to a church in Liverpool, where 300 people are gathering to hear God speak. They are seeking words of knowledge and prophecy. They are expecting healing and deliverance and they've seen some! They are desperate to experience God moving supernaturally. They know God transforms lives. For them this is the stuff of the Kingdom.

I could send you to another church family in Belfast, who are consumed with their work at a local homeless shelter. They are passionate about bringing practical hope and transformation to their friends who have nothing. They expect that following Jesus means getting their hands dirty and getting involved in the needs around them. They are not waiting for miracles to make the poverty go away.

I love both churches. But I am troubled by a niggling question. I can't help feeling that both these groups and countless others I have come across as I've traversed the UK are missing out.

Who made us choose between radical service of the most needy and passionate expectancy of God's supernatural power? I don't think either is enough on its own. On the one hand I've seen too many burnt out, cynical social activists and on the other I've seen too many people flying to Florida when they could be crossing the street to their neighbours.

This either/or theology certainly wasn't there at the beginning of the church's history. We began our life very obviously 'charismatic' and very obviously amongst the poor. In fact we were often a community of the poor. In the second century, the Greek philosopher ridiculed Christians for giving preference to 'contemptible people, slaves and poor women'.

Something started to go wrong when we were institutionalised as the religion of the Roman Empire. We were a group of subversives who had always gravitated towards those most abused by the powerful and then we entered into an awkward marriage with those same abusive powers.

John Wesley observed many centuries later, "I expect little good will be done here, for we begin at the wrong end; religion must not go from the greatest to the least or the power would appear to be of men."

It's my guess that this is one of the biggest cultural and theological reasons for the position we find ourselves in today in the UK church. Traditionally, churches in the UK are not on the margins of life, but aligned to the state and visible everywhere. We have got comfortable.

In the second half of the last century, the demographics of church attendance revealed a constant theme - the emigration of Christians from inner city areas to the suburbs. Of course it is encouraging that when people follow God, they often make better life choices that lead to increased flexibility of accommodation and employment; but we've followed the conventional wisdom of the world that prompts us to crystallise that development, and fence it off from others in need.

John Hayes goes as far as to suggest that, "Our cultural materialism exerts such gravitational pull that many may try short-term stints among the poor, though few will be able to break free from this pervasive materialistic way of life to commit long-term."

The real, life-long servant-hood that Jesus embodied is hard. It asks us to push comfort down our priority list and other familiar idols like success and impact (as the world understands them).

Jackie Pullinger says, "So often, when we minister to the poor our desire to make an impact gets in the way of Christ-like ministry. And when it gets tough-as it always does-we feel unappreciated and want to give up."

Henri Nouwen writes that we must never, "Underestimate how hard it is to be compassionate. Compassion is hard because it requires the inner disposition to go with others to the place where they are weak, vulnerable, lonely, and broken. But this is not our spontaneous response to suffering. What we desire most is to do away with suffering by fleeing from it or finding a quick cure for it."

Hi Andy
Really enjoyed reading your article. My wife and I support Compassion and give our time helping Christian charities in Norwich. However we feel our calling is to help and support marriage and we run marriage preparation courses and marriage courses. We have just been appointed Co-ordinators for Norfolk & Suffolk by Care for the Family for their new one day marriage preparation course 'Marriage by Design'.
What Janice and I see as we help the poor seems to be so often the result of relationship breakdown, therefore we feel that reducing relationship breakdown is vital in helping to prevent people falling into the 'needy' category in the future. Also encouraging marriage to be seen as a model that works rather than 40% ending in divorce so that people again decide to marry rather than cohabit which is significantly less stable. Of course there is an absolute pressing urgency to help the needy now and we must do our best but also I believe as Christians we must look to the future - if we can stop people falling in the river then we will have less bodies to recover downstream. Thank you very much for writing your thought provoking article and best wishes in all you do.
Duncan MacInnes