Shelley du Plessis urges us that vigilance is vital for survival 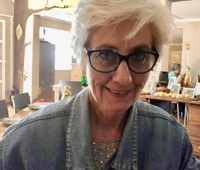 I am an African by both birth and choice. I have lived on the continent all my life. I consider it an amazing privilege to be part of the African Renaissance. There is a special beat in the African heart that always has them yearning to return home. There is no place like home.

I have never seen anything in the world that can compare with an African sunrise or sunset. The sky is ablaze with colour. A palette of orange, red and yellow, it appears as though someone has thrown buckets of paint across the canvas of the sky.

Africa is a continent of great diversity and wealth. We have some of the most abundant deposits of minerals and a wealth of gemstones. We have tremendous diversity in the natural beauty of the continent too - desert meeting the sea, tracts of tropical forests, as well as scrubby bushveld.

However, we also find ourselves as a continent, in the throws of war, famine, the HIV/Aids pandemic and, the constant migration of refugees fleeing from their oppressors. But, our people are our greatest resource, an untapped and over-looked resource, often discarded because of ignorance, or plundered because of greed.

Africa is the home to the mighty Big Five of the animal kingdom - elephant, buffalo, leopard, rhinoceros and lion. Beauty, strength and ferocity locked up in the most fascinating bodies, they represent the true qualities of Africa.

With the amount of wildlife that abounds in Africa, our children are taught to be vigilant. They need to be aware of their surroundings. One would assume that the animal responsible for the most human deaths on the continent would be the bad tempered buffalo or the opportunistic lion. Wrong! It is the humble, insignificant and often ignored, mosquito. In South Africa, they are often referred to in colloquial terms as "mozzies." It has been reported that more than 150 million people are infected, and malaria causes about one million deaths in Africa annually.

When entering mosquito infested areas, visitors need to be armed with all sorts of lotions and repellants; they could develop a hernia from the sheer weight of their knapsack. They also have to sleep under nets in order to protect themselves. If they happen to be restless sleepers, they could find themselves suspended from the ceiling like a fish in a net being hauled out of the sea. The only difference is that very often, there is no one to release them after capture.

Malaria is a silent and deadly opportunistic parasitic disease. The parasite multiplies rapidly in the host's blood stream and, when the symptoms manifest, they are gravelly ill. In this case, prevention and vigilance are better than cure. Malaria is also transmitted from one person to another by the mosquitoes, increasing the spread of the disease.

As we go through life, we need to exercise vigilance. As Christians we are encouraged to avoid drugs, sex before marriage, alcohol, murder, and any other vices that could lead us down a path of personal destruction. To my mind, these would equate to the big five, and we know they are there, that they are powerful, and should be avoided at all costs. But, what about the spiritual mosquito's of life that are looming in the dark, waiting to pounce on their unsuspecting victims and infect them with a toxin that will rapidly make them soul-sick, and lead to the death of their passion, purpose, dreams and destiny?

Their malaria virus injected into our souls today is self-centeredness. Life is all about me, how I feel, and the selfish desires of my heart. I want it and I want it now. I see it and I will have it. Satisfaction for our cravings comes at any cost. Usually, the cost is our peace and we end up worshipping our desires as slaves.

As the disease grows within us, we find that we will pay the price - all hell breaks loose. It's all lust. A downward spiral of stealing and wrangling, envy, squabbling and cheating, mean spirited gossipers, everyone trying to satisfy their wants before someone else has an opportunity to do so. We are never satisfied, and life becomes unhappy and without value. It all appears to be utterly meaningless.

Jesus on the other hand, has made it pretty obvious that He came to die on the cross, in order to forgive us our sins and to bring us perfect peace. He also gives us some great advice in the Bible.

In 2 Timothy 3:2-5, there is a warning about whom we shouldn't associate with for our own good. And in 2 Timothy 2:22, we are encouraged to flee from youthful passions.

Satisfaction of the selfish, self-centered life is a momentary sweet delight that leaves a multitude of regrets and guilt.

Be vigilant and on the alert! Don't allow yourself to become an unsuspecting target!

Thank you Shelley for speaking out the truth... the world wants us to say "it's all about me," but it definately is "All about HIM." I too have lived in the UK and have returned to SA - what an exciting time to be here!