Shell Perris encourages us in our discipleship 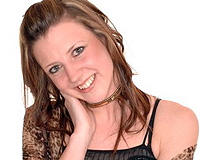 I got married 16 months ago to my husband Tim and that's when we moved to Stockport. We bought a little house just outside the town centre and lived happily ever after.

If only life really was that simple! There was a bit of a problem with our house ... it was a great big disgusting mess! The back wall of the house was falling down, the hallway was bright orange and royal blue, the carpets were thick with dirt, the garden was infested with all kinds of bugs due to it appearing to be more like a jungle, the kitchen, that used to be white, was now brown with a sticky feel to the units, the radiators were lime green, it stunk of smoke . every part of the house was in desperate need of some major TLC. So since we have been married, we have spent most of our spare time blitzing every room and making it our own.

Why am I telling you all this, because we have just finished our garden. Last summer we spent hours digging and we managed to get rid of the over-grown jungle! This summer we wanted to make it into something special! But there was one small problem - THE DREADED IVEY! Oh my goodness ... what a problem that was. You see, Ivey looks very pretty but has a somewhat destructive effect. I began chopping it down only to find that it had completely destroyed our garden wall, pushed a brick out of the out house, and even wormed its way behind the guttering and under the slate roof of the out house. What a mess!

I finally managed to get to the roots (after digging for an hour or so) only to find that
a) the one root that I needed to get rid of the most had literally glued itself to the corner of the wall
b) the roots went down for miles! Aaaaagghhhh! It was going to be impossible to get rid of them all with out tearing up the garden.

Over the years I have realised that God speaks to me (and indeed everyone else) in mysterious ways. Whilst I was attempting to dig up the Ivey roots with endless amounts of frustration, I began to think about the words of Jesus in John 15: 1-2

'Jesus said to his disciples: I am the true vine, and my Father is the gardener. He cuts away every branch of mine that doesn't produce fruit. But he trims clean every branch that does produce fruit, so that it will produce even more fruit.'

Later on in the chapter it says:

'Stay joined to me and let my teachings become part of you. Then you can pray for whatever you want, and your prayer will be answered. When you become fruitful disciples of mine, my Father will be honored.' John 15: 7-8

Think of the most beautiful tree and imagine the most delicious fruits growing from it. It stands tall and it looks healthy, drawing up enough water and nutrients to keep it looking full and vibrant. How does it get to that stage? ... It has spent many years being nurtured and given the right amount of food. After all that time growing, its roots have grown so far into the ground that it has become strong and fruitful and admirable.

Lord, make me a fruitful disciple! Only pray that prayer if you really mean it because as you can see from the first section of scripture in John 15, it involves pruning and trimming and that's not always easy. But imagine what God will turn you into at the end of it all ... someone who produces lasting fruit and brings honour to God.

The opinions expressed in this article are not necessarily those held by Cross Rhythms. Any expressed views were accurate at the time of publishing but may or may not reflect the views of the individuals concerned at a later date.
About Shell Perris

Shell Perris will do [almost!] anything to tell young people about God. In 2002, she began working in the schools of Liverpool and then became a member of the all-girl pop band, tbc. She is now setting up an exciting new organisation called 'Something to Shout About' with a mission to do relevant and effective youth evangelism through music, media, discipleship and training. She is married to Tim and lives in Stockport, England.

View all articles by Shell Perris