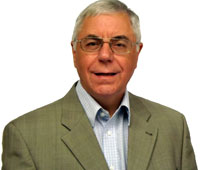 There are three popular proofs for God. Together they form a strong case of His existence:

Creation is what we see and experience through our five senses and thus we are without excuse if we reject God. Conscience is a God given sense of right and wrong that calls on each of us to do what is right at all times. Christ Jesus came into the world through the incarnation to live and die so that the justice and wrath of God on sinners as law breakers would be satisfied in his work of atonement on the cross.

Creationists when arguing about God and creation, take as their starting point, the proposition that God exists and speaks to humanity through the Bible as well as thorough creation around us. The Bible, for instance does not go out of its way to try to prove God exists but simply accepts it. Creationists also accept that because man is made in God's image all Adam's posterity possess an innate sense of God (i.e. an inborn sense) which cannot be honestly denied. So in the origins debate we sometimes appeal to this inborn capacity to reason with our opponents. Our consciences are a witness to God's existence and to refuse this as valid proof is to refuse to stand in the debate with the Bible in our hands. It is very important that that ground is not given up. One either starts with belief in God or not. The atheist comes to the debate with his presupposition that there is no God. To deny the creationist his ground is to give the atheist an unjust advantage.

Evidential Apologetics is also useful in the Origins Debate as it enhances the depth of argument but the science contribution can only assist the testimony of the Word of God as it relies on evidence that may change and/or be superseded by new laws of Physics, Biology etc. It cannot, nor does it, have the authority of the infallible Word of God.

As Christians it should be the Bible and not what scientists say that is most important when considering our origins. Science cannot become a substitute for faith.

The opinions expressed in this article are not necessarily those held by Cross Rhythms. Any expressed views were accurate at the time of publishing but may or may not reflect the views of the individuals concerned at a later date.
About Ian McNaughton

Rev Ian McNaughton is Chairman and Director of Answers in Genesis (UK/Europe). He holds a Th.M degree from Westminster Theological Seminary, Philadelphia. Ian has co-authored the book Darwin & Darwinism: 150 years later (Day One, 2009). He has had articles published in Reformation Today and Evangelical Times.

View all articles by Ian McNaughton

What we see is a *universe*. But why should we think that it is a *creation* ?

can you provide any evidence or peer reviewed papers that a) god created "creation"
b) god is moral? yeno like killing women and babies is ok according to the old testament.
c) that jesus existed

>"There are three popular proofs for God. Together they form a strong case of His existence:

1. Unless you read your bible in which case you find that the entire 13 billion year old universe was created in 6 days.

2. You get your conscience from a megalomanic god that commits genocide on a regular basis, supports slavery and gives his army virgin sex slaves from the towns they crush as a reward for killing all the men and killing all the women. Numbers 31:17

3. The "Merciful Savior" plans to torture billions of innocent people for not pandering to his narcissism sufficiently.

Christianity is a truly disgusting myth.

Those are the three popularly debunked proofs of god.