Why Is 'Sorry' Still The Hardest Word?

Lloyd Cooke of The Saltbox Christian Centre tackles a key issue for politicians to the man on the street alike. 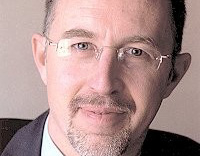 As Parliament returned from its summer recess it seemed that everyone was still waiting for Tony Blair to say "sorry". Whatever our own personal views on the war in Iraq, we all recognise that the intelligence used as a reason for the war was erroneous. As such, most people felt it was only right and proper that Tony Blair should offer an apology. Unfortunately, when it finally came it seemed to be half-hearted and lacking in conviction!

It seems that many politicians see offering an apology as a sign of weakness and therefore seek to avoid it at all costs. How sad that we have come to such a situation. Surely the ability to be honest about our mistakes should be something that we encourage.

Interestingly, the son of renowned Agony Aunt, Clare Rayner, has recently invited the public to unburden themselves on the internet. He has set up a website called The Apologist that has already attracted more than 200,000 hits. The site has been designed for people to apologise for past misdemeanours; and opportunities have been taken to seek forgiveness from family, friends, employers, teachers, as well as strangers who have either been robbed or even simply deprived of a seat on the bus!

Not surprisingly, many of the apologies on the site lack sincerity and some appear quite bitter; several start with the words "I'm sorry I ever met you". Newspaper articles have been quick to seize on the therapeutic value of the Apologist, but surely such an online apology, with no certainty that the injured person will ever read it, is not a genuine act of contrition or repentance. The chances are that both the 'sinner' and the aggrieved party will never enjoy the release that a face-to-face apology would bring.

Doesn't this just about sum up 21st century Britain's attitude to spirituality? It recognises that there is healing power in apology, or more accurately in forgiveness, but would sooner use the anonymity of a website than recognise the need to seek true forgiveness from those we may have hurt. Imagine if all those 200,000 hits had been genuine apologies offered directly to those who had been offended.

Nigel James is a Christian leader in Cardiff who discovered this site while leading a youth weekend. He had been giving some young people the opportunity to commit their lives to Christ by using, what he described as, "3 Simple Words" - sorry, thanks and please. Nigel explained, "After we led prayers saying 'sorry' to God, one of my colleagues showed me newspaper coverage of the Apologist. Everyone has something to apologise for, especially to God, and we all know that apology and forgiveness can bring great reconciliation."

However, as important as it is to be able to apologise, it's only half of the picture. For everyone who says 'sorry' there needs to be someone else prepared to say 'I forgive you'. As hard as it is to apologise I actually believe that the hardest thing to do is to offer forgiveness and to be prepared to become an 'agent of reconciliation'. Indeed, for me personally I have found that I need God's assistance to help me to forgive. As the old saying goes: "To err is human, to forgive divine".

Some people have found that their hurt is so deep and profound that they cannot imagine being able to forgive. However, true healing and peace is often only found on the other side of 'I forgive you'.

The famous story is told of an advert in a Madrid newspaper that said: "Paco, you are forgiven, meet me by the office of this newspaper at 2pm on Saturday - your loving father."

I believe that the world is looking for honesty and vulnerability, for transparency and openness. Perhaps some of you reading this article have someone you need to contact and offer your forgiveness. And before we start blaming politicians like Tony Blair perhaps others reading this simply need to find the courage to say 'sorry'!

The opinions expressed in this article are not necessarily those held by Cross Rhythms. Any expressed views were accurate at the time of publishing but may or may not reflect the views of the individuals concerned at a later date.
About Lloyd Cooke

Lloyd Cooke is the director of the Saltbox Christian Centre, a Christian charity based in Stoke-on-Trent. The Saltbox supports the work of the Church and promotes Christian values within society. Lloyd also facilitates the 2C7 Prayer Network in North Staffordshire, which brings together Christians for united prayer and which has led to positive engagement with various secular decision-makers. For more information go to www.saltbox.org.uk

View all articles by Lloyd Cooke