A prayer camp, THE TURNING, takes place on 21st to 26th July 2003 at Ashburnham Place. It is the first event of its kind presented by a partnership of Cross Rhythms and Prayer For The Nations. Tony Cummings spoke to one of the visionaries behind the event, Julie Anderson. 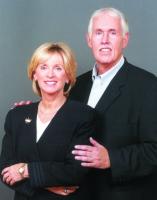 In a Christian calendar increasingly packed with Bible weeks, festivals and events, The Turning still stands out as something very special. What makes The Turning, described as a prayer camp, so special is not the speakers and musicians booked for this event nor the location (which in the 200 acre grounds of Ashburnham Place makes this one of the most picturesque settings ever to stage a Christian event), rather the sense that God is going to do some amazing things at The Turning. This expectation is due, in part, to the fact that the event has been birthed by Rod and Julie Anderson whose Prayer For the Nations ministry has made a pivotal contribution to the spiritual life of Britain and who oversaw last year's hugely important TheCall England day of prayer and fasting at Reading.

I caught up with Julie Anderson at her office in the City of Westminster and began by asking her whether there will be another TheCall event. "When we decided to name the July 02 gathering TheCall England, it was under God's instruction to come under the apostolic covering of The Call, International. There may well be a Call Wales as we felt led to pass the baton on and stand with them. God had asked us to gather the fathers and the children to a call of holiness in a turning of hearts towards him so that he could change the land. It has always been our vision to see 'a turning' in the nation and we believe that God would use these gatherings to impart his power through intercession, worship, prayer and fasting to see this accomplished." So what, I asked this visionary teacher and prayer intercessor, is it which makes The Turning different from other events in the Christian calendar? "The Turning is about people becoming equipped and strategically placed through personal, intimate connection with God in a daily lifestyle. It is tri-generational and therefore we have made room for everyone within the week's prayer activities which will include times of worship and prayer. Prayer workshops have also been designed to create a more informal and closer encounter with God, where prayer leaders will guide people through various themes of intercession and worship. This will be for fathers and mothers, young adults and children.

"We see this as a gathering that will provide a deep journey with God and other believers. It will carry the DNA to release the youth to pray as they are Ã not feeling they have to adopt anyone else's form, or be of a certain age. It will be a unique six day week where we will meet with God in many special ways, but we pray it will bring generational closeness as well. When families change, nations change." Certainly the quality of God's ministers gathered at The Turning suggest that many families will indeed be changed at the event. Julie was understandably enthusiastic as she mentioned some of these ministries. "Rick Joyner of Morning Star ministries is one of the main prophetic voices of our times, he has been to the UK several times and God has used him to speak strategically as we move toward Christ's return for his Church. Some years ago Rick Joyner prophesied about 'a bridge to revival'. In this prophesy he mentions the Church crossing a bridge from renewal to a place of awakening and revival. The workers on the bridge named it 'London Bridge' because of the great influence Britain would have in the building of this bridge both through Britain's work in the past, present and future. With his insight into this nation and the dynamic prophetic worship and music from members of the Morning Star Band, we believe that God is going to use him as a key to bring a turning in this nation.*

"John Mulinde of Trumpet Mission, Uganda has seen God transform many communities in his nation through prayer and intercession. He now pursues this vision to reach the whole world with a trumpet-call to the nations to arise and prepare a way for the Lord. His challenge to the nation is one that calls believers to take their place and act upon the Word of God to see revival come. John is no stranger to the UK and carries a strong anointing in prayer for nations, we know God has something in particular for him to bring to The Turning.** 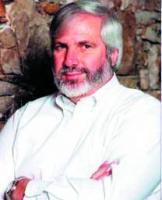 "Dave Markee will join the Morning Star Band in worship. In his ministry, he is pastor of Folly's End church in Croydon, and in his life as a musician God has used him to release the creative gift in musicians and artists to produce fresh worship straight from the heart. It is a pleasure to have Dave join us in this gathering and we anticipate powerful times of worship and intercessory worship."

The turning then has all the potential to take significant ground for God. And it seems it won't stop there. "We are exploring a relationship with Cross Rhythms, to do 10 festivals in the next five years which could become similar gatherings under the name of The Turning."