Andre von Mollendorff shares about the dangers of using marijuana from his own experience and research. 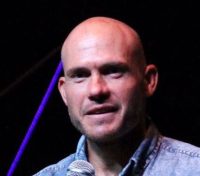 Marijuana is rapidly being legalised for both personal and recreational use all around the world. As responsible adults, we cannot turn a blind eye to this and need to respond.

I do not dispute that there might be medical benefits to marijuana. This article is therefore not focused on the medical use of marijuana, nor the neurological science and effects on the brain. I will instead be exploring the long-term psychosocial cost, specifically with regards to identity formation in young people.

I was a frequent user of Marijuana from the age of 14 to 19 years old. When researching the topic, I was surprised at how accurately much of the research resonated with my own experience.

The research and my own experience confirm that Marijuana distorts reality (Mc Donald et al. 2003; Grant et al. 2012; Fontes et al. 2011). As Atikons says: "Regardless of the developmental stage, marijuana can disrupt some of our most valued human faculties-the abilities to test reality, reason, control our impulses, set priorities, relate to others, and reach our goals" (2016:11). The use of marijuana has an intoxicating effect and distorts reality. Why else would it be used recreationally (Volkow et al. 2014a)?

Why would one want to distort reality? Either reality is too painful, or too boring. For myself, it was too boring. I tried to turn the everyday routine into an adventure, combined with a euphoric feeling.

What is so wrong with that? It is not reality!

Adolescence can be a difficult time for any young person. It is a crucial time of identity exploration, brain development, learning self-regulation, gathering useful experiences, acquiring knowledge for future productivity, and taking on adultlike social roles (Erikson 1968; Atikons 2016).

Integration and differentiation are often the primary focus of this time in a young person's life. Adolescents want to fit into their peer groups (integration), but they also want to be different (differentiation) (CÃ´tÃ© 2016).

Growing up in Durban as a surfer, the use of Marijuana gave me both. I was accepted into the social group and yet was 'weird' and different at the same time. The difference was found in my perceived 'transcendent' insights that I would have about life. I was perceived as wiser and having 'deep insight' into existential philosophies. Being seen somewhat as a 'guru' gave me the sense of identity fulfilment that any insecure adolescent craves.

The downward spiral of marijuana use further gave me a distorted identity. By the time I was almost 19, I would go through periods of non-use of marijuana and yet still act and feel high. The altered state of mind had now become my embodied personality, my new identity, but was this who I was?

Great article - I certainly go with the line that people after a 'high' are trying to escape life's realities, no matter how they dress it up. If you cant get happy without drugs, then you have to be missing something.