The Surpassing Worth Of Knowing Jesus

Carl Belcher urges us to lay aside the value of everything else, in comparison to gaining Christ. 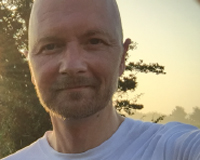 I recently heard about Dave, a guy who was always boasting to his mate Jeff that he personally knew pretty much every famous person in the world. Obviously Jeff didn't believe him and told Dave that he was talking a load of nonsense. But Dave refused to back down and said, "I'll prove it. You name any person you want and I bet I can prove that I know them".

Now, at the time they happened to be on holiday in Italy, so Jeff said to Dave, "Ok, let's go to the Vatican and you can prove to me if you know the Pope". So they both went to the Vatican and Dave told Jeff to wait with the crowd in the arena and that he (Dave) would shortly appear on the balcony with His Holiness. Anyway, a few minutes later the crowd started to cheer as the Pope made his way onto the balcony...immediately followed by Dave!

To say that Jeff was surprised was more than an understatement! But by the time Dave made it back down to find Jeff in the crowd, he discovered that Jeff was laid down being treated by paramedics. "Oh my word, what's the matter Jeff?" said Dave anxiously. "I just couldn't believe it Dave", said Jeff breathlessly. "To see you up there on the balcony with the Pope was one thing, but then I lost it altogether when the guy next to me said, "WHO'S THAT ON THE BALCONY STOOD NEXT TO DAVE?!!"

Do you know any famous people, or have any impressive claims to fame? You may or may not do, but you can sometimes find yourself in situations where someone else is trying to impress you. They may boast of what, or who, they know; or achievements they have accomplished. The problem is that we pick up this boasting behaviour from an early age. "My Dad is bigger than your Dad", "I'm faster at running than you", or, "I got better grades than you did!"

I love how the apostle Paul tackled this area when he wrote to the Church in Philippi:

'For it is we who are the circumcision, we who serve God by his Spirit, who boast in Christ Jesus, and who put no confidence in the flesh.' (Philippians 3:3)

The weird thing, is that he then goes on to have a right boasting competition and mentions seven reasons why as a devoted Jew he could boast!

1. Circumcised on the eighth day
2. Of the people of Israel
3. Of the tribe of Benjamin
4. A Hebrew of Hebrews
5. In regard to the law, a Pharisee
6. As for zeal, persecuting the church
7. As for righteousness based on the law, faultless

But the reason for making such a big deal about these things becomes clear when he goes on to say.

'But whatever were gains to me I now consider loss for the sake of Christ. What is more, I consider everything a loss because of the surpassing worth of knowing Christ Jesus my Lord, for whose sake I have lost all things. I consider them garbage, that I may gain Christ and be found in him...' (Philippians 3:7-9)

Wow, he's serious about letting go of his past 'achievements' isn't he?!

Most versions of the Bible use the word garbage or rubbish, waste or dirt, to explain how Paul felt about his previous bragging rights. But a more accurate translation of the words Paul actually used would be the slang or offensive alternatives of the word dung or excrement...basically crap!

Why did he feel so passionately about rejecting his achievements, his bragging rights?

Because he considered, 'everything a loss because of the surpassing worth of knowing Christ Jesus my Lord'. (Philippians 7:8)

Paul realised that none of his past achievements could influence how God felt about him. Not just the impressive stuff that he could brag about, but also all of his failures, disappointments and regrets.

The amazing thing is that this heavenly exchange wasn't just limited to Paul, but it's still available to you today. It's God's plan for you that you don't just know ABOUT Christ, but actually know Christ PERSONALLY.

I promise you that there is no greater thing than knowing Jesus!