God Shows Us How To Set Goals And Achieve Them 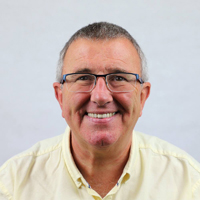 Have you broken your new year's resolutions yet?

It's probably a bit soon to ask. Or maybe you have already quit your diet, cancelled your gym membership and stopped being nice to that irritating person at church!

I'm hopeless at keeping new year resolutions. So, two years ago, I resolved not to make any. It was the first one I'd kept for ages.

I was going to do the same for 2019. But then I discovered that God invented new year's resolutions and shows us how to keep them. So, I decided to try again.

God made His first one on our planet's first New Year's Eve.

Then He added another five and kept them too. Which is just as well, because if He hadn't, we might not exist.

God keeps His promises and wants us to do the same. But He understands that we sometimes find it hard.

So, in Genesis 1, He scripted a tutorial on how to do it. It might help you. There are six easy steps:

1. He set a clear, achievable goal: "Let there be light." Ask Him to help you do the same. He might suggest something you haven't thought of.

Significantly, He didn't make the most important resolution on His own.

When He resolved to create a man, He messaged His colleagues in the trinity first: "Let us make mankind in our image."

Some resolutions are too important to make on your own.

2. He spoke it out loud. There's creative power in doing that.

Proverbs 18:21 says: "The tongue has the power of life and death, and those who love it will eat its fruit." You get what you say.

3. He saw it through: "And there was light." Perseverance is the hard bit. Get support from God and your friends.

4. He reviewed it: "He saw that it was good." Make time to reflect on your achievements. Give yourself a pat on the back.

Some Christians say it's wrong to look back. But God encourages it. Millions of Jews still remember the Passover. And Jesus told His friends to regularly look back on their last meal together: "Do this to remember Me," He said in 1 Corinthians 11:25.

It's ok looking back, provided you don't stay there.

5. He added another resolution ... but only when He'd completed the last one. That's a good tip. It's better to make one resolution and keep it than to make five and fail with three of them.

6. He took a break: "He rested from all his work." If God needed down-time, so do you. Don't overload yourself or let your resolutions become burdens.

If God can keep all six of His new year resolutions, maybe we can manage one! He'll help us.

The opinions expressed in this article are not necessarily those held by Cross Rhythms. Any expressed views were accurate at the time of publishing but may or may not reflect the views of the individuals concerned at a later date.
Cleland Thom
Leader
Baton Bearers
Chichester
www.batonbearers.org


View all Life Files by Cleland Thom
Sign up now to receive weekly Life Files, direct to your inbox.