People We Won't Meet In Heaven

David Kramer looks at what becoming a new creation means. 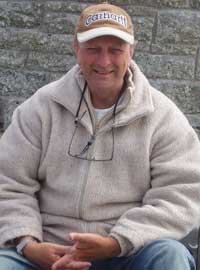 I was reading John 8. In my Bible, (and most translations), the first 11 verses are headed, 'The woman caught in adultery.'

Suddenly God spoke into my mind, "You won't meet her in heaven."
"Why Lord? Because she's not there?"
"No! Rather because she is no longer that woman!"

She was pardoned. She became a new woman, a 'new creation'.

Better yet, since scripture doesn't name her, we won't meet someone with that name and think, "Wonder if that's the 'woman caught in adultery'?"

She no longer exists!

This set me thinking.

The woman at the well in John 4:1-42 when Jesus says, "Go call your husband." She'd had five and the guy she was with now wasn't one of them.

What about the woman with the disabling spirit in Luke 13:10-13? She had been bent over, unable to fully straighten herself for 18 years. Jesus told her, "Woman, you are freed from your disability." Then He laid hands on her and immediately she was made straight.

We won't see a woman bent over in heaven. She no longer exists!

Here are a few more:

In Luke 5:17-26 Jesus heals a paralytic. No longer bound by sin, no longer paralysed. We won't meet a sinful paralytic in heaven. He no longer exists!

Consider the thief on the cross. Luke 23:39-43 says "I deserve to be here," to "Jesus, remember me when you come into your kingdom". And then finally, "...today you will be with Me in paradise." I have to wonder what he saw in a bruised, beaten, bleeding, Jesus, on the cross next to his own, that persuaded him that this man had a kingdom! Anyway, we won't see a deserving, condemned criminal in heaven. He no longer exists!

Not to mention the woman with the issue of blood, healed lepers, tax collectors and sinners, and Saul of Tarsus, now the apostle Paul, whose life and writings still inform, teach, correct and encourage us today.

This goes on down through history. Countless enemies of Jesus who became His friends and co-workers.

Here's the deal. Jesus came looking for you and I, (Matthew 9:13). We are no longer to think of and regard ourselves as who and what we once were. That person no longer exists! You won't find him or her in heaven.

Are you living according to who you once were, rather than who God says you are?

It's time to be on earth the person you are going to be for eternity!

The opinions expressed in this article are not necessarily those held by Cross Rhythms. Any expressed views were accurate at the time of publishing but may or may not reflect the views of the individuals concerned at a later date.
David Kramer
Elder
Milford Haven Christian Fellowship
Milford Haven
www.churchatnantucket.co.uk


View all Life Files by David Kramer
Sign up now to receive weekly Life Files, direct to your inbox.

Amen, thank you David for the reminder. We can indeed look forward to Heaven! Blessings