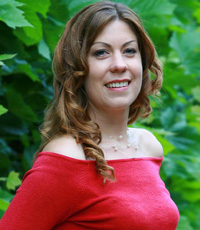 Earlier this year I had one of the most exhilarating experiences of my life. . . I flew! The thing is it wasn't in an air plane, a helicopter, or any other conventional craft. It was dangling off the end of a rather large power kite!

Being a new wife I decided that this year I would buy my husband something 'unforgettable' for Christmas. I racked my brain to think of something he would really love, but couldn't come up with anything. Then it hit me . . . a power kite! What better way to say I love you than with 4m of bright yellow parachute material attached to some string!

As you can imagine Ben was quite surprised when he opened his present. He certainly wasn't expecting a power kite, but luckily he loved it.

New Years day came and we found ourselves down at the local park amongst all the new puppies, bikes and scooters, fully kitted up to set our kite free for her maiden voyage.

As we lay the kite out along the ground passers by stopped to marvel. 'What a big kite' they whispered. 'I bet that's got some power in it'! 'Do you think it will fly?'

It soon became apparent that given the complete lack of wind, the answer was no! We tried lifting it into the air, sprinting with it behind us and dragging it along the ground. I even tried to help it along by blowing at it! It simply would not fly! Slightly embarrassed we gathered up the lifeless neon kite and headed home for respite.

Two weeks later we had put our failure behind us and set out for the park to relaunch!

This time we were the only people in the park. No mothers to whoop, no fathers to envy, no children to applaud or dogs to chase. Just us, our kite and most importantly some wind!

This time take off was easy! Within minutes Ben was doing loop the loops, nose dives and even managing to launch himself into the air carried by the power of the kite!

Then it was my turn. . . The moment I had been waiting for!

I took hold of the lines and launched the kite into the air. The feeling was amazing! The power of the wind filling the kite, and the knowledge that I was in control of it! Until of course I wasn't!

As the wind picked up I realise I had lost control! I could feel the kite pulling me into the air and I had no idea how to stop it! Determined to get control back I dug my heels into the ground and leant back as far as I could. Unfortunately this didn't have the desired effect. Seconds later I was in the air, feet off the ground being pulled behind the kite. I was completely at the mercy of the kite and I didn't like it! I pulled on the break lines; I thought heavy thoughts and yelled demands at the sky. Nothing worked! In a final attempt to spare my life I hurled the full weight of my body, towards the ground. The result? I stopped the kite! Also a result; I severely sprained my shoulder!

I had wanted so badly to fly that kite, to feel its power, to see it soar with the wind, and be part of something amazing, but somehow I wasn't prepared for the fact that it might mean being out of control! When I got out of my comfort zone I panicked and tried to take things back into my own hands; to get back on safe ground.

Looking back on this experience it reminds me a little of the first disciples and their journey.

The times when they tried to do things in their own strength and failed miserably. When they longed to take hold of all Jesus was giving them yet lost their nerve along the way. When journeying with Him took them out of their comfort zones and into situations that meant giving up control. How the greatest opportunities to fly came up at the un-expected moments. Not when they were most ready, but when God was ready. How flying meant being willing to take their feet off the ground and finally their learning that it was never about pleasing the crowd, but always about God!

Take some time out to read through the following examples:

Now spend a moment before God and ask:

The opinions expressed in this article are not necessarily those held by Cross Rhythms. Any expressed views were accurate at the time of publishing but may or may not reflect the views of the individuals concerned at a later date.
Fiona Bridges
Regional Director - Midlands
Urban Saints
Nottingham
www.urbansaints.org


View all Life Files by Fiona Bridges
Sign up now to receive weekly Life Files, direct to your inbox.

Fiona, you went out with a 4m kite and no idea of its power. Meet up with some other kiters to get some tips on flying. You could have hurt someone other than yourself. In doing so you would have hurt the entire powerkiting community.
Have a look at www.racekites.com to find kiters in your area. Flying power kites can be a dangerous activity, if you are inexperienced.
Enjoy your kite, be safe.

great post...we have articles about kite safety at our power kite shop...http://www.joboleisure.co.uk

Maybe you should should have a read!

Thanks so much for you advice. Have hooked up with some others who know what they are doing!

Should have done it first time round!