Gareth Davies on the importance of avoiding compromise and ungodly counsel. 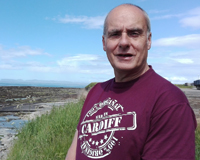 My wife Janice and I have been reading through the books of Chronicles in the Old Testament. These two books give the history of the Kings of Judah, the southern kingdom.

There were in all 20 kings of Judah and to be honest it can be quite depressing to read. Out of the 20 kings only five were really righteous! Of the rest, the Bible says "they did evil in the eyes of the Lord."

They did evil by introducing idol worship, sexual immorality and a complete turning away from the ways of God.

Because of their bad leadership and example the nation fell into corruption.

Of the seven righteous kings who started well by having their hearts fully committed to the Lord, not all ended well. They started out on fire, but ended in compromise.

King Asa in 2 Chronicles 14-16 "did what was good and right in the eyes of the Lord" by removing the idol practices. He started on fire, but towards the end of his reign decided to make an alliance with Aram rather than trust fully in the Lord. The prophet Hanani said because of that lack of trust Judah would always be at war. Asa became angry, imprisoned the prophet and started to oppress his people. He then suffered a disease but refused to seek the Lord.

King Joash in 2 Chronicles 24 started very well and had the temple restored, but when his tutor Jehoiada died Joash listened to ungodly counsel and abandoned the Lord's temple.

We can all learn lessons from the book of 2 Chronicles.

1. When we are devoted to the Lord we must guard our hearts at all costs against compromise and ungodly counsel. Such counsel is very prevalent today.

2. The fire of youth has to become a deep seated warm glow in our hearts for the Lord. It's a fact that as we continue in our walk, we will face all sorts of pressures, not only to compromise, but also face head on opposition from both secular society and fellow Christians. Disappointments have to be faced and worked through. Several times we may think the Lord has said something to us only to find it is either severely delayed or doesn't happen as we hope for.

Paul didn't give up, he never compromised one centimetre.

Why and how did he continue during such difficulties? He kept Jesus as his first love and main focus. That's why he ended well. "I have fought the good fight, I have finished the race, I have kept the faith. Now there is in store for me the crown of righteousness, which the Lord, the righteous Judge, will award to me on that day-and not only to me, but also to all who have longed for his appearing." (2 Timothy 4:7-8)

Lord deepen the fire and passion for you and your kingdom in us. Amen.

The opinions expressed in this article are not necessarily those held by Cross Rhythms. Any expressed views were accurate at the time of publishing but may or may not reflect the views of the individuals concerned at a later date.
Gareth Davies
Retired Church of England vicar
Ministering in the far north of Scotland


View all Life Files by Gareth Davies
Sign up now to receive weekly Life Files, direct to your inbox.