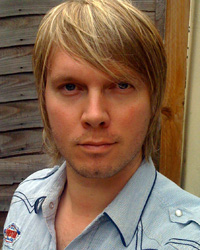 In 1974 a young man was sitting in a California penitentiary for his second drug trafficking conviction.

"Merry Christmas" a guard said tossing in a bag with 3 chocolate peanuts, 1 bread roll and a cookie.

Is this something out of a movie or a story? What a picture of life without hope. Maybe this man deserved to be there. Maybe it was wrong man, wrong place, wrong time?

Now, let's look at the passage in Acts 16:16-40 (read The Message version it rocks!); Paul and Silas are stuck in jail and it's about midnight BUT they were "...at prayer and singing an alternative anthem (ok, it actually says "robust hymn") to God. The other prisoners couldn't believe their ears. Then, without warning, a huge earthquake! The jailhouse tottered, every door flew open, all the prisoners were loose."

It goes on to explain how the jailer freaked out and was getting ready to kill himself when Paul stopped him: "Don't do that! We're all still here! Nobody's run away!" The poor guy was so stressed that he dropped to his knees and asked "Sirs, what do I have to do to be saved, to really live?" They said, "Put your entire trust in the Master Jesus. Then you'll live as you were meant to live--and everyone in your house included!"

They went on to spell out in detail the story of the Master--the entire family got in on this part. They never did get to bed that night and in the morning everyone in the house was baptised. Celebrations began with some great food (ever noticed how many times good things happened around meals in the bible? We'll pick that up next time) and Paul and Silas were made to feel at home and given fresh clothes.

A message came from the judge to let Paul and Silas go free at once, but Paul wouldn't budge. He told the officers, "They beat us up in public and threw us in jail, Roman citizens in good standing! And now they want to get us out of the way on the sly without anyone knowing? Nothing doing! If they want us out of here, let them come themselves and lead us out in broad daylight."

When the officers reported this, the judges panicked. They had no idea that Paul and Silas were Roman citizens. They hurried over and apologized, personally escorted them from the jail, and then asked them if they wouldn't please leave the city. Walking out of the jail, Paul and Silas went straight to Lydia's house, saw their friends again, encouraged them in the faith, and only then went on their way.

The young man in jail those 31 years ago, he too found something good while there - it was God. Today he's an inspiration beyond words, full of life and wisdom with a message of hope, healing and restoration that sets people free through the message of the Cross. A message he knows because of his experience. He's my Dad.

What is the message of your experience?

The opinions expressed in this article are not necessarily those held by Cross Rhythms. Any expressed views were accurate at the time of publishing but may or may not reflect the views of the individuals concerned at a later date.
Jamie Anderson
the Jamie in JamieLish Band
www.jamielish.com


View all Life Files by Jamie Anderson
Sign up now to receive weekly Life Files, direct to your inbox.