Focus On The Present Not The Past

Jim Lowe on the reasons why we shouldn't romanticise the past. 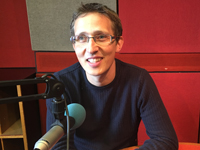 So when I was told by the vet that he was very ill, I was heartbroken, especially when he didn't come home with me. Dog lovers will understand what I am talking about.

I had so many great memories with Harvey; I could only describe him as the best dog in the world. Then, after six months of my wife and children nagging me, we got a new pup called Star.

She arrived in our house and was all sweetness and light, but within a couple of weeks, she was barking to wake me up at 5 am; eating my banister and bookcase and she even ate my favourite Bible. Basically, she has been getting into as much mischief as possible.

In a moment of desperation, I turned to my wife and said, "I can't take this anymore! Harvey was never this bad. He was such a perfect dog."

My wife laughed at me. She then went on to remind me about all the things that Harvey, my old dog, did when he was younger. He was so much worse than Star, but I remembered things differently to how they were.

We all fall into the trap of looking back at life with rose tinted spectacles. Often things weren't as good as we remember.

This time of year, August, is often a time of transition. You may be getting ready to head off to university, starting a new job, or restarting the New Year's resolutions that failed by the second week in January. It can be so easy to look back and view things as better in the past than they are now.

The reason it's not 'wise' to keep looking back and longing for the good old days, is that often they weren't as amazing as we remember them, but it also robs us of our joy in the present.

When we romanticise the past, we can take away our sense of achievement in the present.

There have been many times in work and life where I have been told about how good my predecessor was, or the organisation's previous achievements. I have been left thinking that what I was doing isn't very good. But when I have looked into it, I have discovered that the stories I have been told are not quite as rosy as it was portrayed to me.

Can I encourage you, if you are in a place of transition, thinking that you can't do it as well as those who have gone before you, or you are thinking that what you were doing before was better than what you are doing now, don't be trapped in longing for the past.

Focus on the present, because it is a gift.

The opinions expressed in this article are not necessarily those held by Cross Rhythms. Any expressed views were accurate at the time of publishing but may or may not reflect the views of the individuals concerned at a later date.
Jim Lowe
Pastor
Burslem Elim Church
Stoke-on-Trent
www.burslem.org.uk


View all Life Files by Jim Lowe
Sign up now to receive weekly Life Files, direct to your inbox.