Travel Tips For The Christian Voyage 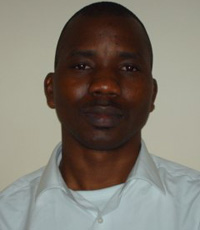 The Christian journey is that of a pilgrimage to the kingdom of God. It requires continuous undertaking until completion. The journey's duration is not predictable by anyone. It is therefore very needful to go on this journey with God. He is the one to dictate the terms but no one can ever regret total obedience to Him. Enoch, Noah and a host of others obeyed His terms and they did not regret doing so. So is it for every other Christian traveler (1 Thessalonians 4:1-8).

Christians must note the following about falling because this doesn't just happen unless they make it happen:

For example, Isaac started by sowing little in the time of famine - Gen 26:12. Then as he harvested that year a hundred-fold, he sowed more and consequently reaped even much more. Isaac persisted in "walking" that is, in his case, sowing and reaping; he therefore prospered more and more - Gen 26:13. However, he did not stop walking. He walked consistently that within a short space of time, he had gone so far ahead of others and became the envy of a whole nation - Gen 26:14.

It is also important to remember that the cloud of those who persistently and consistently load it up with sowing gets full of rain sooner than those who do not - Eccl 11:3; 1 Kings 18: 41-46. Keep loading your clouds! Use every opportunity you have to give and soon the abundant rain will come - Gal 6:9-10.

They saw a major miracle happen, but they were not part of it because they stopped. Much more distressing was the fact that they were so close to a unique miracle, the physical "rapture" of Elijah. Yet, they benefited nothing. Only Elisha, the man who kept walking, saw that miracle of a lifetime happen and partook of it - 2 Kings 2:9-14.

May the Lord help every reader of this article not to stop their Christian journey until they get to the very end...Amen.

The opinions expressed in this article are not necessarily those held by Cross Rhythms. Any expressed views were accurate at the time of publishing but may or may not reflect the views of the individuals concerned at a later date.
Kunle Olabode
Youth Supervising Minister
The Redeemed Christian Church of God
Stoke-on-Trent
www.rccglivingwater.org


View all Life Files by Kunle Olabode
Sign up now to receive weekly Life Files, direct to your inbox.