Mark Scholtz unpacks what being Christ's ambassador means, and shares his reflections on the Church as Jesus' embassy. 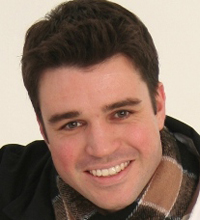 "I am in chains now, still preaching this message as God's ambassador. So pray that I will keep on speaking boldly for him, as I should." (Ephesians 6:20)

I live in South Africa. There are very few nations we can travel to without acquiring a visa.

About seven years ago I needed a United States visa. I have a vivid memory of queuing on the streets of Cape Town early in the morning, awaiting my appointment.

I'll never forget the feeling I had when I stepped into the U.S. Embassy. I felt like I stepped out of South Africa and into the United States. Inside the building, most people spoke with an American accent. There were American flags everywhere and the pictures on the wall were not of Nelson Mandela and Table Mountain, but of American places and American people. There was a marked contrast between being on the streets of South Africa and being inside the U.S. Embassy. I felt like I'd entered a whole new world.

U.S. ambassadors and diplomats work at the embassy. The U.S. ambassador is a personal representative of America and its president and everything he or she does and says reflects on the United States. This is an enormous privilege, but it comes with an enormous responsibility too.

We are God's ambassadors. More than just representing Him, we carry Him within us! We have an enormous responsibility to behave in a way that accurately represents our heavenly country and King.

To do our job we must stand out. There must be no doubt who we represent!

When someone from the world steps through the doors into our community they must feel like they've stepped into a different world. Just like my embassy experience, they need to feel like they've left one country and stepped into another. They need say things like, "Out there on the street I'm judged and rejected, but in here I'm loved and accepted," or "Out there I am accepted based on my looks and status, but in here I'm loved for who I am."

We do need to be relevant to the world we live in, but we still need to look, sound and feel like we belong to another nation. Remember that we are in this world, but not of it. We are actually citizens of heaven! When we gather together and in how we live we still want our 'embassy' to accurately represent the King and His heavenly country.

Inside the embassy we talk about faith, hope and love, but we also talk about things like sin and our need for a Saviour. Sometimes people will dislike us, because the message offends them. Even the name of our president (Jesus) can offend them! An ambassador doesn't take insults personally though, because they're representing someone else.

In our embassy we talk about unpopular things like taking up our cross and following Jesus and living in humility. We might sound 'churchy' sometimes, but is that such a bad thing? We don't really want to be confused for anything else do we?

If our embassy ceases to stand out as an embassy and we blend in too much with the surrounding foreign country, then we can't accomplish our mission. People won't come to us for their heavenly visas because they won't be so sure we actually represent heaven.

If South Africans get upset with America they will riot outside the U.S. Embassy because they have no doubt it represents America. It's the most American place on South African soil. It's the next best thing to rioting outside the actual White House in America. But, where do you think one of those American hating, flag burning rioters will go the day they need a visa to get to America? They will go to that very same embassy!

It's critical that we accurately represent our King and heavenly country.

The world is looking for authenticity. Let's be good ambassadors and then the world will queue at our embassy doors too.