Dealing With The Temptation To Sin

Olumide Kolawole looks at why we sin and how to overcome it. 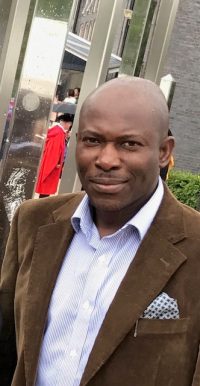 He made Christ who knew no sin to (judicially) be sin on our behalf, so that in Him we would become the righteousness of God (that is, we would be made acceptable to Him and placed in a right relationship with Him by His gracious lovingkindness). (2 Corinthians 5:21)

We all are tempted to sin. It can be attractive and we seem drawn-in like a moth to the flame. Sometimes sin itself can also be a form of addiction.

1 Peter 1:13 stresses 'prepare your minds for action' and Paul was definitely making a case in Romans 7:15 saying 'For I do not understand my own actions (I am baffled and bewildered by them). I do not practice what I want to do, but I am doing the very thing I hate (and yielding to my human nature, my worldliness-my sinful capacity)'. This must be the same for most of us.

The good news is that this doesn't all end by being tempted by the devil. The most important bit is whether or not we succumb to the temptation.

Even Jesus was tempted by the devil as accounted for in Luke 4:1-13, but he did prevail over temptation. We can also do the same.

Back in my university days, I loved to have a drink with the boys and naturally, that went along with smoking cigarettes. Initially, the smoking habit was occasional for me, but gradually as the years progressed, I began to really enjoy it until I got hooked. And for so many years, I indulged in this vice.

My performance in academics was relatively good, but on a few occasions when I had a tricky test, I would start to fret. I seemed to find solace in the quote of Duncan which said, 'When things are no longer a joke, light your fag and enjoy the smoke'. My trouble seemed to go temporarily as I puffed away.

Back then I was not a serious Christian and therefore was oblivious of Philippians 4:6 which says, 'Do not be anxious or worried about anything, but in everything (every circumstance and situation) by prayer and petition with thanksgiving, continue to make your (specific) requests known to God'.

If I had wanted to quit my smoking habit, all I should have done was ask God to help me, but instead I continued to struggle on my own while I hoped to quit someday.

Many years after, something dramatic happened to me on this fateful day in the city where I lived and worked after graduating from university. I lit a cigarette and started smoking on my way back home and for the first time ever, the cigarette tasted bitter and I binned it. Unknowingly, at exactly that same time, my mother had died in the city where she lived at our family home.

My cravings miraculously disappeared too. 1 Peter 5:10 says 'After you have suffered for a little while, the God of all grace (who imparts His blessing and favor), who called you to His own eternal glory in Christ, will Himself complete, confirm, strengthen, and establish you (making you what you ought to be).'

If you are struggling with an addiction, your liberation might not be as dramatic as mine, but I assure you that God can and will deliver you if you ask Him.

The opinions expressed in this article are not necessarily those held by Cross Rhythms. Any expressed views were accurate at the time of publishing but may or may not reflect the views of the individuals concerned at a later date.
Olumide Kolawole
Youth Supervising Minister
Living Water Parish Stoke
Stoke-on-Trent
www.rccglivingwater.org


View all Life Files by Olumide Kolawole
Sign up now to receive weekly Life Files, direct to your inbox.