I See The Berg 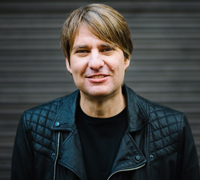 Did you know that this year is the 100th year anniversary of the Titanic? 10 April 1912, the Titanic set sail from Belfast. The ship was a masterpiece of innovation & technology so much that critics deemed it 'unsinkable'. Captain Edward J Smith boasted that, 'God himself couldn't sink this ship', as it left the harbor. Of course history proves how wrong Captain Smith was when on the 14th April it stuck an iceberg resulting in the deaths of 1512 people.

Recently while visiting our Belfast church campus, I had a break between meetings and took a walk around the docks of the shipbuilding company Harland & Wolf that built the original ship. Standing under those massive yellow H & W cranes, I was inspired to look further into the history of the making of the Titanic. Up to that point in time, I am slightly embarrassed to admit that most of my knowledge of this tragedy had come from the Hollywood movie version of the Titanic story with Leonardo DiCaprio & Kate Winslet, (which incidentally is due for a re-release in cinemas this April).

In my study I have been astounded to learn the facts surrounding this incident. If the Captain or one of the officers could have spotted the iceberg in time, all of those lives could have been saved; but what makes icebergs so dangerous is that 90 percent of the berg is hidden underwater.

While studying the details of the Titanic, God impressed on my heart the idea of helping leaders; especially young leaders avoid the icebergs that can sink their lives & ministries.

Icebergs can better be translated as, 'I See The Bergs'.

If we can uncover the hidden and 'See The Bergs', then my hope and prayer is that many more leaders would stand the test of time and reach their potential.

One of the common traits I love about young leaders is that they have huge dreams and great desire to do great things for God. Many of these leaders start strong with an attitude that they are 'unsinkable'. Over the years, I have learned that we will all face difficult moments no matter how strong we are. The Bible puts it like this:

'A prudent person sees danger and takes refuge, (sees trouble coming), but the simple keep going and suffer for it. (A simpleton walks in blindly and is clobbered.) Proverbs 22:3

Lets look at some facts. A recent survey amongst those in ministry today reveals that:

And here is the most astounding fact:

Only one in ten will actually finish up having pastored their whole life. (Source George Barna Fuller Institute)

If you have worked with young people in any capacity for more than 12 months, please can you stand up! We applaud you! You already have the stuff of perseverance. In my remaining time I want to highlight some common, yet deadly icebergs.

1. I See The Berg Of ISOLATION.

To be isolated is to be alone, lonely, and to stand apart or aloof from others.