Celebrating Who God Made Me To Be

Tracy Williamson on rejecting the lies we believe about ourselves and being confident in who God says we are. 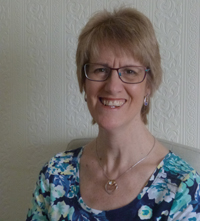 My friend Marilyn once told me of a talk by the late Jean Darnall, sharing how each morning she would look in her mirror and say "Good morning glory of God."

I laughed, as I immediately thought how bag eyed and messy haired I look each morning. I'm more inclined to say "Good morning you old hag!"

But for some of us, a similar practice to Jean's could be life changing, especially if like me you've had problems accepting yourself.

Can you describe yourself as 'Glory of God'?

Genesis 1 and 2 tell about us being created in God's image. This means that whenever someone meets us they see a glimpse of the glory of God.

Whether we are bag eyed, messy haired, or looking perfect is not the point, but what is important is that He lovingly created our bodies, personalities, gender, character, quirks, likes, dislikes, gifts and weaknesses. He made each of us to be unique and in that uniqueness able to reveal what He is like.

In Psalm 139:13-14 we read these amazing words: "For you created my inmost being, you knit me together in my mother's womb. I praise you because I am fearfully and wonderfully made, your works are wonderful, I know that full well."

Although David had made some bad mistakes and had also known deep rejection, he was able to confidently say that he was wonderfully made by God. He was able to celebrate who God had made him to be.

The key to his godly self-acceptance lies in his words "I know that full well." David was taking the time to think, talk and meditate upon the wonder of God's creativity in him.

I used to believe I was rubbish, because of hearing that repeatedly as I grew up. Because of ongoing abuse I also hated that I was a girl. I was confused about my identity and the only thing I believed wholeheartedly was that I was a nothing. I became extremely thin in a subconscious effort to annihilate myself. Even after becoming a Christian, that old lie was very strong.

Many others struggle likewise and the enemy specialises in sowing doubts about our own worth and about God's goodness and love. He does this by posting little whispers of negativity into our minds and hearts, often just at the point when we need to be focusing on God's love or responding to His call.

"You'll be hopeless at that, let someone else do it."
"You're failing again, how can you say you're a Christian?"

Whose voice will we listen to?

When God told the young Jeremiah that He'd always loved him and had an exciting plan for his future, Jeremiah's response was that he couldn't do it because of his youth. But God told him that didn't matter. What mattered was what God said about him. Jeremiah needed to listen to God's truth and not be controlled by his sense of inferiority.

That goes for us too.

The truth is that He made us as the height of His creation and He didn't make a mistake.

I sometimes think, if only I could sing, or be more practical, or be a boy, or be good at sport... But God says, "Accept and even celebrate that I made you to be you. I love you; I have totally forgiven you and have wonderful plans that fit you perfectly."

I am stepping into those plans now.

I choose to celebrate that I am Tracy and all that makes me, me.

Will you join me and celebrate you too?

The opinions expressed in this article are not necessarily those held by Cross Rhythms. Any expressed views were accurate at the time of publishing but may or may not reflect the views of the individuals concerned at a later date.
Tracy Williamson
Author and speaker
MBM Trust
Tonbridge
www.mbm-ministries.org


View all Life Files by Tracy Williamson
Sign up now to receive weekly Life Files, direct to your inbox.