Zara Gandon encourages us to be in unity with one another, putting others needs first and serving a common goal 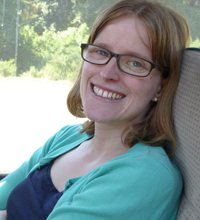 A lot of this passage is about unity. Unity and the church, you don't need to be part of a church to know that sadly, devastatingly the Church is not united.

How can the church be united? What does unity even mean?

The unity Paul talks about in this passage is like this. This unity is about being completely focused on Jesus and building His kingdom as He has asked us to. Unity has to be about Jesus. I mean what good is it if everyone brought their thinking into line with each other but it had nothing to do with Jesus?

Paul is saying "this unity is about everyone fixing their eyes on Jesus and His kingdom."

Unity is about putting others needs before yours, serving a common goal and working together to see that happen.

The opinions expressed in this article are not necessarily those held by Cross Rhythms. Any expressed views were accurate at the time of publishing but may or may not reflect the views of the individuals concerned at a later date.
Zara Gandon
Co-leader
St Andrew's Church
Stoke-On-Trent
www.standrewssneydgreen.com


View all Life Files by Zara Gandon
Sign up now to receive weekly Life Files, direct to your inbox.