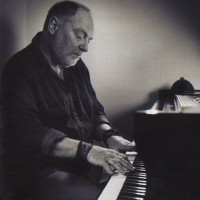 Imagine if you can the sensation it would have caused if the Beatles had made an announcement that they were going to completely re-record their 'Sergeant Pepper' album or that Radiohead had decided to re-do 'OK Computer' because they weren't happy with the original. But that, or something close, is what has happened to singer, pianist and composer Adrian Snell. In the '80s Adrian was the most popular Christian artist in Europe. After years of gigging and recording this most British of musical talents had achieved unprecedented sales with his 1986 big budget concept album 'Alpha & Omega' outselling the Amy Grants, Sandi Pattys and Petras which were flooding in from the USA to fill up Europe's Christian bookshop record racks. Acknowledged as a classic by fans and critics alike, the 'Alpha & Omega' album, with its lavish arrangements, fine musicianship and Adrian sometimes accompanied by a full choir, impacted tens of thousands of churchgoers who heard it. More albums and tours followed before in 2001 Adrian stepped away from full-time recording and touring and took up a job as a music therapist. He still found time to record two albums and play the occasional concert. But nothing quite prepared his legion of supporters when in 2016 he announced a plan to record a completely new version of 'Alpha & Omega'. I spoke at length to the songsmith about the groundbreaking 'Alpha & Omega: 30th Anniversary Recording'.

Tony: What made you return to 'Alpha & Omega'?

Adrian: Back around the turn of the century I made a decision to train as a music therapist. Along with that decision was a willingness to largely let go of the composer/performer/recording artist - not a decision to completely let it go, but a realisation that if I was going to be working as a music therapist, I couldn't sustain the kind of schedule that belongs to the world of performing and recording. The two wouldn't have worked together. What I found was that the opposite happened. I was writing and composing more, partly out of a different way of thinking about sound and instruments, music-making, given the world of music therapy. It opened up a whole new window into what I thought about composition, the way I constructed songs. I realised a few years into this that I had an enormous amount of music; some of it I was really proud of. I thought it would be well worth recording.

Nothing happened for quite a while and then eventually an album did come, called 'Every Place Is Under The Stars', and that began to reflect some of the ways I was thinking about music-making. There was another long pause and then came the solo album 'Fierce Love'. That was very definitely, profoundly influenced by the world I was inhabiting most days of the week. That's when the touring began again, and I suppose that was the big motivating factor, realising there still was interest in some of what I do, and some demand for me to appear in concert. So we began to develop a concert programme that could fit into gaps - holiday times and some weekends. And - finally getting to your question - then came people's interest. People were beginning to say, '''Alpha & Omega' has meant a lot to us. It's been a long time since you performed it. Would you be interested in bringing that back into the picture?" That was a challenge to me, and I went back to the album as well.

I realised, very quickly, two things. One, that its message was as relevant to 2016 as it was when it was written and recorded in 1986; but, also, I had some disappointments about the original recording. It had a lot to do with what was available technologically then. But, when we were touring that work over a period of eight to 10 years, it developed so much as a live work - instrumentally, chorally, in every way - that I remember thinking so many times, 'I wish we could record it again.' When those invitations began to come: 'This is the moment to think about making a new recording.' It wasn't until we made that decision that I realised we were going to hit the exact 30th anniversary since the original recording and the premiere in Jerusalem in April 1986. That was a very special feeling, because it had happened naturally. We'd be remaking this work 30 years since the original, but this time with all the benefit of those many years of experiencing it.

Tony: The UK arm of Word Records spent what was an enormous amount of money recording the original album. If you wanted to make it even better, weren't you going to end up without their help?

Adrian: It's a very good question you're asking. The answer is two-fold. One is that we made the decision - for the benefit of the album and not just as a cost-saving thing - to base the new album on live recordings of three concerts in Holland that were already in the diary. What we made sure was that we assembled musicians that were second to none - Frank van Essen on percussion and drums, Dave Bainbridge on keyboards and Dave Fitzgerald on saxophone (the latter two founding members of Iona), who played on the original album. We decided to put together a line-up that would be of such quality that if we recorded it well we would have the makings of the album. The second part of that lay in the hands of Dave Bainbridge, who I've come to have such respect for as a producer and arranger. We decided we'd do a two-stage thing. We'd record the concerts to a really high quality, then we'd send it back to Dave to work in the studio, add some bits and bobs. That's where the technology today is extraordinary, that you don't even have to be in the same studio. So we knew it would cost quite a lot of money to do, but we knew we could get a finished recording that, hopefully, would sound as if it had a superb budget. Actually, it was perfectly manageable because it was based on concerts that were essentially funded by the audiences and the concert promoters.

Tony: I'll be honest and say that if it wasn't for the applause at the beginning of the first track, I wouldn't have picked up on the fact that these WERE live recordings.

Adrian: That's very encouraging to hear. Now that you know that, what I'm hoping is that the vocals benefit from the fact that they are being sung with an audience in the room. What happens in the studio is so different from a live concert, and how does that affect the way we sing, the way we express a song? All I can say is that I've no doubt that it does. In all my years of recording, there had never been an album that recorded my vocals from live concerts; and I really longed to do that because I knew that I could capture a really good vocal live, and it could be so hard to reproduce that in the studio.

There is one other aspect it would be remiss of me not to mention. We did know, despite the fact that we'd got a plan, that we would be short of money to achieve what we wanted to do. One way or another, the more we had to spend on the album, the more studio time we could book, the more we could add or repair to the betterment of the album. We decided - the first time I've ever done this - to move into the whole crowd-funding scenario. The miracle is that on the day the crowd-funding came to an end, I had a call from an incredibly loyal friend and supporter over many, many years, Louis Hemmings, who said, "I don't know where you've got to with the crowd-funding, but I'll match it with a single amount by the end of today." That took us up from about seven and a half thousand to 15,000 in one phone call. Louis has been an extraordinarily loyal friend from about 30 years ago, when he wrote to me after the stillbirth of his little girl and said, "I want to use your music." Not surprisingly I said, "Absolutely," and was very sympathetic. Something happened around that that cemented a relationship that has never gone away.

Even with gaps of years, suddenly Louis has come back into the picture and said, "What are you doing? What are you short of? Are you making music? I really think you should do this." One of the things he did - I don't know whether he would rather this is anonymous or not, but one of the things he did, some years back when he knew I hadn't recorded anything for a long time, he asked, "What's the block? Why aren't you writing and recording?" I told him various things, and I just happened to say in passing, "For me, piano remains fundamental to the way I think and write: it lies at the heart of my beginnings as an artist. I have a piano on its knees - a beautiful grand piano, but it can never be tuned up to pitch." There was no hint, no sense of, 'Maybe you can help me.' But within a week he said, "I've been thinking about this; I heard what you said. I want you to go off to London and go to the BlÃ¼thner showrooms, spend as long as you need, and find the piano you think most suits your touch and your heart, then come back to me." After a lot of discussion about this, I did that, and I found the piano of my dreams. He more than matched the funding of that: he paid probably two thirds of the cost of buying it. BlÃ¼thner made an incredible discount. I took possession of the most beautiful grand piano, and that's entirely due to Louis. What can you say? To have someone like that in your life, who stays the course of time is such a privilege.

Tony: In my opinion your vocals on the project are the best I've heard on any of your records.

Adrian: That's an enormous encouragement coming from you. My work as a music therapist has had a massive effect on my singing and my thinking about the voice. Over the years there has been a freedom of expression that's grown that perhaps wasn't there before. Maybe I was a little bit trapped in the notes, in the pitch. There was too much intensity of concern that it would be right, whereas now, every day of my life working in this field, the voice is an instrument that has to be as free as the world or the group or the person that I'm working with. That might mean making some very unusual sounds. If I'm working with a child who has got no recognisable speech but uses their voice in all sorts of inventive ways, my job at the very least is to say I understand that, to try and match that style of using the voice. The result of that is that when it comes to singing my songs, I feel so much freer - emotionally free and enjoying the sound of the voice.