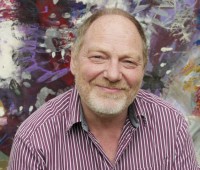 A NEW recording of one of the best-selling European Christian music albums ever, Adrian Snell's 'Alpha & Omega', has been issued 30 years after the original album was released. It was recorded live in the Netherlands. Singer, pianist and songwriter Snell said, "'Alpha & Omega' shines a light on mankind's constant struggles and conflicts. It has been called a 'prophetic work' in the past, but current events have made the work no less (dare I say even more?) relevant today. . . What began with an almost off the cuff remark turned into a vision to actually do what I had long desired, deep down in my mind: re-record 'Alpha & Omega' and bring it closer to my musical vision as it grew along with the times."