Carly Paoli: The classical music star singing for the glory of God 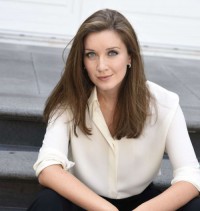 Ever since Classic FM expanded many people's understanding of what constitutes "classical music" by bringing film music, hits from the shows and even the occasional out-and-out pop song to their playlists the way has been opened for a new brand of classically trained singers to reach a mass audience. This expansion of Radio 3 rigidity has been taken up by Mansfield-born Carly Paoli. Her debut album 'Singing My Dreams' charted at number two on the Official Classical chart; she was nominated for a Classic Brit Award; and she has shared stages with everyone from Andrea Bocelli to Elaine Paige. Now with her second album just released, 'Live At Cadogan Hall', now seemed a good moment to speak to the classical music star.

Tony: Tell me about the Cadogan Hall album.

Carly: It was my first headlining concert in London which is a really big deal to do that as an artist. I was joined on stage by 65 fantastic musicians to make up the orchestra. A great friend of mine flew in from New York to conduct, Steven Mercurio. So it was just the most wonderful experience. At that point I never imagined it was going to be an album; that was a decision I made later on. We recorded the evening and I watched my performance because we did record it, it was such a special event, and I was really pleased with the way that it sounded. It was this lovely rich sound and certainly something that I wanted to share as an album and that is how it came about.

Tony: Tell me about some of the songs you sang.

Carly: The first song that I opened up the evening with was "Music Of Heaven"; that's a song that's meant a great deal to me for a long time. I first saw the composer perform this song; his name is Jason Robert Brown. He performed it at the Players' Theatre in London; I would only have been 16 years old at that time. It made such an impression on me. It's a huge blessing that at this point in my life I'm able to look back and perform songs that have inspired me. I chose to open the concert with that because it has this fantastic message of "let the music begin" in the lyrics so it's almost like a prelude to the rest of the evening. I performed Rusalka's "Song To The Moon" which is a beautiful aria by Dvo&#345;Ã¡k. It's one of those songs you know it when you hear it. It's got this gorgeous, soaring melody. That was a highlight for me and was my first performance of it. It's in my repertoire now and I'm really excited that I'll be performing that song again on Friday Night Is Music Night on BBC 2 at the end of this month. They've just made me an ambassador for BBC Music Day which is an enormous honour and I'm thrilled to be able to perform my Rusalka again on that special occasion.

Tony: Tell me a bit more about your life.

Carly: It's a very simple, unmusical background. My parents aren't musical at all. My father was a lorry driver from Mansfield, in Nottinghamshire. My mother worked full time for Thomas Cooke. That was great because she used to get fantastic deals on holidays so we used to travel. That was one of the pros of her job. I sang from four years old. I went to the local primary school and after only one year, when I was five, I insisted on singing a solo in the school nativity. I was playing a star but I insisted on singing 'Up On The Roof'. It had nothing to do with the nativity. My mum's always been involved with the Salvation Army and one of the first places I sang was at their hall; I used to perform for them later on, not as young as five.

Tony: I understand you went to performing arts school. Did you have a dream that one day you would be a professional singer?

Carly: I sang any occasion that anybody would let me sing; I would sing my socks off. I even remember my mum taking me, I think, to sing for a deaf society. Any opportunity to have an audience and sing and that was something my mum saw in me from a very young age. I was hugely inspired by people like Judy Garland and Gene Kelly. I knew from as young as seven years old exactly what I wanted to do, which is an enormous blessing in life. I know a lot of people can't decide what they want to do. 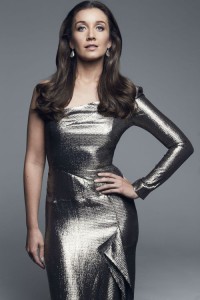 Carly: First I won a scholarship to Tring Park, which is quite a prestigious performing arts school. I was in a class with Lilly James who you'll know as playing Cinderella in the Disney film version. There were quite a few actresses who are at the top of their game now. So I spent two years there on a musical theatre course and as I was ready to leave I auditioned for the Royal Northern College of Music and they gave me a place there and then. I'd always had a classical voice and Liz Hetherington, who is my musical director, had always taught me with a classical technique. It was my default sound really and it changed my path; it was less of the tap dancing and more of the Mozart.

I spent four years at the Royal Northern College of Music. As I left I had a year or so where I was teaching at my old performing arts school. I was teaching children from the age of eight up to 20, which was a lot of fun. I became the ambassador for a luxury watch brand called Bedat & Co. They're a Swiss company. Their founder was an amazing lady. She was a pioneer in the sense that she was the first lady to create a watch brand that was designed only for women. It's art deco, very artistic, stunning collection of watches. One of her things was to nurture young talent; they'd got a sculptress, an actress, and they were looking for a singer. And I thank God that I happened to be the singer that they believed in. They gave me my first international platform. I performed at David Foster's Miracle Gala. David Foster is the man to know in the musical world. He's produced for people like Whitney Houston. Out of there snowballed the opportunity for me to record and eventually create my first album and now I'm on my second.

Tony: Your album 'Singing My Dreams' was a big success. Did you have any idea when you released your first album that it was going to be a big success?

Carly: I don't think you know what to expect. It was difficult in the sense that there was a lot of music on there that people had never heard, original songs, and very few people are doing that in the classical world. There were songs on there that I'd written myself; my heart and soul were there.

Tony: Tell me about those songs.

Carly: I wrote a verse into Ennio Morricone's "Cinema Paradiso". It's the soundtrack to the film. The performance on there is a live performance from the Roman Forum. I was selected two years ago to be sort of an ambassador and my song became the official song for Pope Francis' Jubilee year. So I had this amazing opportunity to headline a concert in the heart of the Roman Forum, which is something they've never done before and they've said probably won't happen again. It was "Cinema Paradiso" with my lyric in that became a part of the album. It was the first time that Mr Morricone had let somebody have that privilege. So it was incredibly special. One of the other songs was written to James Horner's theme from Legends Of The Fall. It's a very nostalgic soundtrack; it sort of captured me the first time I heard it. I wrote the lyrics in memory of my grandmother so they meant a great deal to me. The first time I had the opportunity to perform that song was for His Royal Highness, the Prince of Wales at Windsor Castle. It wasn't till I got on stage that I learnt that James Horner had just been killed in a plane crash so it kind of took on a whole new life. We hadn't recorded it by that stage and it now meant that I had to get in touch with his family and the Horner Foundation for the permission to record that song with lyrics. I've had quite a gruelling year or so; emails and letters back and forth till I actually wrote one personal letter myself to the family. It was kind of the miracle song on my album because it came back three days before I had to submit the final track list. They said that they loved the lyric and they'd be honoured to have that song on there. It's funny how sometimes a personal touch can go such a long way. It made a huge difference on that occasion and obviously I was so invested in the song because of the reason I wrote it.

Tony: How important to you is your Christian faith?

Carly: Every time I sing and step on a stage, my first intention and my first prayer is to do it for the glory of God. He's given me the chance to spend my life doing the thing that I love most. And not just that; everywhere I travel I go with my family - my mother travels with me, my dad. With him being a lorry driver he's the greatest tour driver on this earth. I feel incredibly blessed and rich with the people I've got around me and I know that can only come from God and our Lord Jesus and that's something that I keep at the root of my life and so do my family.