Delirious?: A song-by-song rundown of their 'Kingdom Of Comfort' album

DELIRIOUS? band members Martin Smith and Stu G talk us through all the songs on their 'Kingdom Of Comfort' album 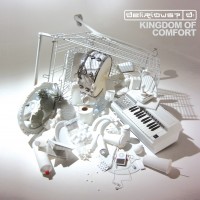 "Kingdom Of Comfort"
(Stu G) This is more than a song; it's where we're at as a band and individuals. We don't profess to have answers to the big questions of living with the poor, the oppressed and the marginalised on our global doorstep but we are wrestling with these questions. . . and our comfortable kingdoms. It started in Brazil in 2006 while on tour, once again faced with communities that have extreme wealth and extreme poverty. I was listening to Rob Bell from Mars Hill in Grand Rapids talk about Solomon amassing great wealth and wisdom and how he was "to do justice and righteousness", but how he became the oppressor, forgot to tell the story of rescue and freedom, and in the end the nation ended up in exile. What is OUR kingdom of comfort? It's when we are comfortable and safe in our isolated environments, our religion, our "castles". When we become indifferent to the struggles of others, when we are fearful of being inclusive and diverse! It's a new sound for us. I love this song!

"God Is Smiling"
(Martin Smith) This phrase came as a spontaneous song during the drop down section in the song 'History Maker'. I was talking about the things that make God smile, and also the things that don't make him smile. Injustice and poverty are two of those things and need to be addressed if we are to be called "Christians". We joined hands, God always smiles when people step outside themselves and become part of something bigger, and felt the electricity as we sang, "God is smiling over us tonight." This then became the song it is today.

"Give What You've Got"
(Stu G) This started life as a slow and moody vibe but ended up rocking out on us! Martin imagined sitting down with one of his sons giving advice on living life. Whatever you do give it what you've got! My favourite line is, "I made some mistakes but the grace was so good." We can all say that I guess! I loved working on the guitar tones with our great friend Lynn Nichols - we pushed that '70s Marshall hard!

"Love Will Find A Way"
(Martin Smith) A song of paradox. One minute we're feeding kids on a slum, the next we're in a 5 star hotel because that's the only sensible place to stay. This song reflects the inner monologue of someone asking all the questions and how they can engage in making a difference from the comfort of our own lives. My favourite set of lyrics are in the middle eight.

"Eagle Rider"
(Martin Smith) Inspired by watching the low budget film from New Zealand, Whale Rider, a great image of something or someone taking you further, going deeper. A strange phrase really but Eagle Rider stuck and became a story of flying up through the winds and soaring so high you can almost see into Heaven. A song about change, shift, repositioning and freedom. A song about rediscovery, of risk and of adventure. A great groove, something new for us.

"We Give You Praise"
(Martin Smith) A friend of ours, Marty Sampson from Sydney, sent me an idea with the first line of the chorus. The verses didn't grab me but the chorus idea did. We shaped it into this powerful ballad about walking on the road of life and not giving up. Also we blame the Devil for a lot of our troubles, but most of my trouble come from me, my flesh, the old man. We have been saved from ourselves - that's the most amazing thing. Left to my own devices I would perish. 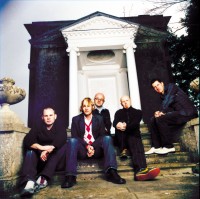 "How Sweet The Name"
(Martin Smith) Almost hymn like, a simple love song, the sound, the name, they woo me every day. The musical ending is the perfect juxtaposition to the serenity. Life is simple, but also complicated and we didn't want this song to be an easy ride for people! "So many songs I've sung, but there's none more beautiful than you." That's it right there!

"Wonder"
(Martin Smith) Whilst visiting one of the red light districts in Mumbai, India, I came across this little girl who stood out from the crowd. We couldn't take our eyes off each other and I knew something was happening to me. I returned to the hotel but couldn't shake off what I felt. I just kept thinking about her. I returned to England and my wife and I talked about the possibilities of adopting her. We definitely opened the door and went on a journey with it, but during the process the mother of the child decided to keep her. Of course, this was the right thing and the mum is now out of the trade and working a normal job. My heart had been changed, and in some crazy way I feel like I'm her dad, and we are now involved in helping with that project. It's a simple love song, an unlikely love song but very pure. This song is for Fahreen.

"Break The Silence"
(Stu G) Wow, we really had to work hard on this song! I think we got to seven chorus re-writes before we finally called Iain Archer for some writing help, but definitely worth the trouble. The guitar riff actually was a Martin keyboard riff, but I nicked that good and proper! Once again the lyric urges us to realise that it's in our hands to make a difference. We met Rabbi Joseph Edelheidt in India, and in conversation he was encouraging us to write songs that cross divides. It's much better if we find what unites us rather than concentrate on what divides us. We have to work together to get the job done!

"Stare The Monster Down"
(Stu G) This is angry! What is the monster? For Lucifer it was pride, for Daniel it was lions, for my dad it was cancer, for my daughter it's being afraid of the dark, for one billion people in the world today it's trying to live on less than $1 a day! It's whatever stands in our way and wants to take us down.

"All God's Children"
(Martin Smith) We were playing a gig in Mumbai, and during the day we visited a project in one of the red light districts which was looking after 70 kids, giving them food and education. We fell in love with them and asked if they would come out to the concert and dance with us on stage. The moment came to bring them on and it was amazing. More amazing was the fact that they had brought some of their mothers. It was the first time that they were allowed to be mothers and not just labelled for what they do. Whether you're a lawyer, rock star, politician, street kid or prostitute, we are ALL God's children and we are ALL looking for salvation.

"My Soul Sings"
(Stu G) The basis of this song came on the first day of writing in 2006 in the warehouse of Furious? Records. The resulting "demo guitars" are the ones you hear on the recording now. . . (with Sam Gibson's help anyway!) We wanted to try and convey that feeling you get when you realise that you are a part of something much bigger than yourself - you know, like a great sunset or standing by Loch Tay in Scotland or at the birth of a baby, etc. The response doesn't just come from your head or heart or your vocal chords, but from your very soul; and that's it really. We're pulled towards the gravity of something far bigger and greater than us - the love at the centre of this incredible universe.

You can pre-order 'Kingdom Of Comfort' now from Cross Rhythms Direct!

I hope it's another King of Fools or World Service and not another AudioLessonover or Mission Bell.

To be honest isn't it about time we gave more attention to a new movement in Christian music? the kind of bands making cutting edge music (ha ha cutting edge!) like The Gentlemen or My Spoon.

I will still order my copy but only after I've supported the future of Christian music first. do the same!

I can't wait for this album!

the guys are amazing =)

can't wait to hear this, Mission Bell was great, and this sounds like it could be even better

awesome - the guys are always an inspiration

Kingdom of Comfort, eh......I recall purchasing a futon there once. Very nice it was too.