Jeremy Camp: Speaking Louder Than Before with his new album 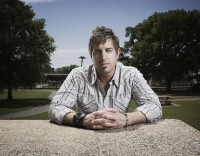 When Cross Rhythms last wrote about Indiana native singer/songwriter Jeremy Camp in 2004, his second album was nestling high in America's Christian music charts. Since then, Jeremy has risen to become one of CCM's most popular acts and his string of successful albums - 'Stay' (2002), 'Carried Me: The Worship Project' (2003), 'Restored' (2005), 'Live Unplugged' (2005) and 'Beyond Measure' (2006) - continuing unabated now that his latest release 'Speaking Louder Than Before' soared into Billboard's Top Christian Albums chart at number two.

Jeremy talks about his new album as if it's his first. He told Christian Retailing magazine, "I haven't been this excited about music ever, I feel like a new artist. A lot of it for me really got started in my heart, I got on my face, and that's where everything starts. You get distracted building your own kingdom."

Jeremy spoke to Billboard about 'Speaking Louder Than Before': "It's a call to action, but a call to action through love; if you are a believer, you don't have to go out and be a street evangelist. We all have the opportunity to share the Gospel and we should - that's what we were called to do. If you don't have much passion, well, get on your face and pray for the passion and get into the Word of God. That's what I've been sharing. That's the whole concept."

The new album marks the first time Jeremy has worked with veteran producer Brown Bannister and the first time Jeremy has worked as co-producer. Inspiration was still striking even in the final stages of tracking. The first single, currently a hit on US Christian radio, "There Will Be A Day", "wasn't even supposed to be on the record because it wasn't in existence a month before we started recording," the singer commented. Although only 30, Camp has had his fair share of heartbreak - his first wife died of cancer just four and a half months after marriage. Now happily re-married and a father of two daughters, Camp's past still colours his work, particularly on a song like "Healing Hand Of God", a poignant ballad about surviving tragedy. In fact Jeremy's wife Adie (once well known as the lead singer of South African pop rockers The Benjamin Gate) sings on "Healing Hand Of God". 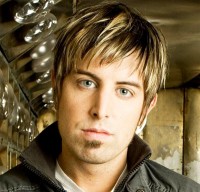 Jeremy's new album is accompanied by 12 video devotionals, which can be accessed via a link on the CD to a special website. Alternatively fans can buy an Expanded Edition of the album which comes with a DVD containing the devotionals. They are indeed a powerful teaching aid, as his devotional for 'Speaking Louder Than Before''s title track demonstrates. "On this song, I think for me I have realised much more what Christ has done and how he has rescued me from the depth of my sin and given me new life and I cannot be silent, I want to go out and share that love with people. I'm not here to build my little kingdom. There's a Scripture in the Psalms that says, 'Unless the Lord builds the house, the builders labour in vain.' I don't want to live this life in vain and build my own kingdom; I want to build the kingdom of God and watch people change for Jesus."

Another impacting track on the album is "There Will Be A Day". Jeremy told Youtube blogger Brian O'Neal, "'There Will Be A Day' is a song that I look at now and I think why didn't I write this song before during the time of my loss? It's a song of hope and a song that we all can hold onto; Revelation 21v4 says that There will be a day of no more tears, no more sorrow, no more pain. It was a month before I started my record, I didn't have this song at all. I was just sitting there thinking about my life, I was thinking Lord you've just done so much and taken me through a lot, and all the stories I've heard from other people of what God has done and the hope that God has given through music. God brought to my mind that Scripture, 'There will be a day,' all of a sudden this melody came into my head and I grabbed my phone and recorded this melody and I got home and wrote the song. I look now and see the state of where everyone's at and just hearing story after story of what's going on, I believe that God gave me that song for the right time. Just for what is happening in our society; it's a hope that we all need to hold onto, not to hold onto the things of this world as they will fade away, but to hold onto the hope of Jesus. I've been seeing a lot of these posters for the presidency saying 'Hope' and 'Change,' and I see the economy and how people are holding on to see if the economy will go back up. I just keep thinking that the only Hope and the only never-changing truth we have is Jesus Christ. He doesn't change, he doesn't go up and down, he is the same yesterday, today and forever. He is the only thing that can give us hope."