The Story's Not Over 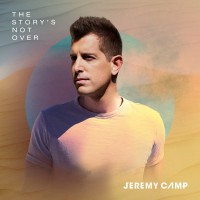 THE EAGERLY awaited new album by Jeremy Camp, 'The Story's Not Over', will be released on 20th September. The first single from the album, "Dead Man Walking", has climbed to number 12 on America's Christian Airplay chart, with nearly 4.5 million streams.