Judy Mackenzie-Dunn: Her ministry to children

Vastly experienced songwriter JUDY MACKENZIE-DUNN answers some of Tony Cummings' questions about the 'Switched On' album. 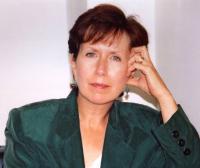 Back in the late '60s, early '70s Judy Mackenzie was one of the pioneering figures in the British Christian music scene. After early albums for Key Records she made a groundbreaking recording with Cliff Richard composer Dave Cook as Mackenzie Cook. But then things seemed to peter out although independent releases as Judy Mackenzie-Dunn in 1990 and 1992 showed she'd lost none of her exceptional songwriting and singing talent. In 1995 ICC Records released Judy's 'Original' album but we've had to wait until now for a new batch of her songs with ICC releasing the children's project 'Switched On'. Cross Rhythms caught up with Judy at her South Croydon home to ask a few questions.

Tony: The last time Cross Rhythms wrote about you we commented about the huge gap between the 'Thinking It Over' album in 1974 and the 'My Back Garden' album in 1990. Now there seems to have been another big gap! What's been happening the last 10 years?

Judy: The fact is that I've never really stopped writing. I just haven't always had (a) the opportunity, (b) the money and (c) the encouragement to record my songs, added to which the Christian music business has been dominated by worship songs for the last few years. I really appreciate a lot of modern worship songs but my own songs are more outreach-based. In the last 10 years I've been happily and fruitfully involved in the musical life of a thriving church. I've led worship, mentored young musicians, organised music for many services, written and produced plays with songs, produced seeker events, worked with choirs and even done some preaching! I've written songs for myself and others to sing when we couldn't find the right song to fit a particular theme, many of which are sitting in a drawer and may never see the light of day again! I daresay it takes me as long to write a song as it does for a preacher to write a sermon and I like to think that the song points up the message of the preacher in a special way even if it's never heard again. After all, the preacher's sermon is rarely heard more than once, unless he's some big cheese. I know that writing in order to get a message across is looked down upon in some artistic circles but personally I think that this particular message is more important than all our artistic pretensions.

Tony: Why the decision to do some children's music?

Judy: Like a lot of churches, we were getting fed up with singing the same children's songs in our family services. At one stage our pastor, Peter Nodding, prayed for my writing. Let me just say at this point that I think I would have produced far more quality songs in my life if I had asked people to pray for me. I've always known that songwriting is my primary gifting but I've suffered a lot from depression, discouragement and what I now recognise is spiritual oppression when I attempt to write. I start off with a great idea but I can easily be overcome by self-doubt and memories of past failures. By 'failures', I mean the thing that happens when you send recordings to people and they don't even acknowledge receiving them. You wait for the phone call and as time goes by and it doesn't come you begin to think that it's pointless bothering. Perhaps disappointment is a better word. It's tough. And it's a scenario that countless artists are familiar with.

Anyway, my pastor prayed for me, as did others. I wrote the words of the song "Switched On" but struggled to get the tune. This is the point at which I might have given up before but on this occasion I kept going and suddenly this joyous tune came to me in about two minutes flat! I continued to write children's songs which the church enjoyed singing and at one stage the church leadership said to me "We think you should make an album of these songs and we will pay for it." Supportive or what? I felt it was "God's project" from the start. Paul Field did a fantastic job on the production and my church has some really gifted children that we used on the recording. So it was a team effort. Actually I'm beginning to think that we need to do some heavy investing in our children and grandchildren to arm them for what in the future is going to be a much rougher ride than anything we Christians have had to face in this country in recent times."

Tony: Being such an accomplished singer, how come you didn't sing the songs on 'Switched On'?

Judy: I'm not an accomplished singer any more. I can sing, but my range is not that of the children and anyway I think that it wouldn't be appropriate to have a woman of my great age on a kid's album! Jonathan Reavell has been a worship leader at our church (Purley Baptist) and has a voice like an angel! He's also very servant-hearted and self-effacing. I wanted him to have this opportunity. I do make a brief guest appearance whistling on "From The Top".

Tony: Any plans for the future?

Judy: ICC have picked up on the distribution of the album and we are all delighted that some of the songs are being used at Spring Harvest. We are having a conversation about doing another album or three! I've written some more songs already and would like to do some more recording this year, a follow up album and eventually a Christmas album with all the Christmas stuff I've written. And then there are the grown up songs! Up till now I've never written what I consider to be a great worship song but I've written quite a lot of "message" songs which I'd like someone to sing some day. My Dad was a preacher. I think at heart I'm a preacher and a teacher who works through song.

Hi Judy.... Remember me, from Warehouse days. would be back around 1965/ 67. In those days I worked for Jill Briscoe in her Nursery School run at the Warehouse. I came to N.Z. after marrying Alan Hargraves in 1970. I now live at Capernwray Bible School here in Cambridge N.Z. I'm still in Contact with Peter Thomas who is at Capernwray Australia. There is a Facebook page for the Warehouse. Anyway good to catch up with you. God Bless. xx

It is still one of my favourite albums and just as challenging and uplifting now as it was then.

Other Christian albums age, this one doesn't.

Judy, fantastic to find you again! I first heard your music in the '70's, when I was singing around coffee shops and churches, and it was like a breath of fresh air. I was looking for songs that were real, and loved yours. Had given up hope of finding anything so good. Someone handed me a very old copy of a copy of a tape, with the name Judy barely readable, and said, "Here, you might like this." What an understatement! I couldn't find out where the tape came from, or even your last name, until we met up with Dave Cooke in the 80's. Nowadays I'm working with special needs kids, and singing songs of hope and forgiveness to ladies in Kairos Outside (ministry to family members of prisoners.)
I'm looking forward to hearing what you're doing now. Thank You, God for the internet, and on-line purchasing! Big blessings to you, Judy. I'll be praying for you. Glenda Whittred,

hi this is Barry Bynum in Texas
in 1976 we worked together in a West End musical written Jim Leaf and Directed by Oliver Foote. It was called "Dream Juggler" ... Hi Judy!! Hi Dave!! God bless you!

I would love to make contact with Judy again, we used to be friends when we worked at the CATACOMBS in Manchester. I married David in 1971 and moved to Braintree. I saw Judy once at a local concert a couple of years after, but have lost contact. Judy if you read this I would love to have contact again. Like your minister and other friends I will pray for your ministry in music - so important today! My love and best wishes from Norma Huxter

I can put you in contact if you email me

I heard Judy McKenzie & Dave Cook at a Gospel festival in Belgium way back in 1973 and was really blessed and encouraged by their evangelistic songs and I still sing some of them. I was with a german band and Judy & Dave introduced us to songs of Larry Norman. I heard the Mackenzie Cook album later and was very disappointed as the album was poorly arranged and produced, but I still love the songs!
I can understand what Judy expressed about lack of encouragement etc., but I would like to say that I had been deeply touched by your ministry then and I'm very glad to read that you haven't given up and that you are writing songs for children. I would love to hear these songs as we are also looking for new songs for children but I'm afraid your album(s) may not make it here to India.
Blessings,
Juergen

I was a bassist in a band at that same festival called The Internationals.... we were criticized at the time by some of the viewers for being too "military." (A description of the rather stiff choreography). We were from Florida Bible College (now defunct) in Hollywood, Florida.

However, I too enjoyed the thrill of seeing Judy MacKenzie.