Kanye West: The superstar rapper announces that 'Jesus Is King' 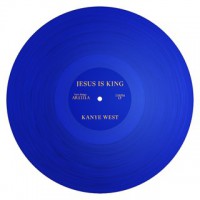 The mind-boggling musical career of Kanye Omari West - rapper, singer, songwriter, record producer, entrepreneur and fashion icon - is, even by the standards of money-driven excess Hollywood, one of extraordinary ups and downs. Ever since the Atlanta-born, Chicago-raised multi-talent first emerged in the early 2000s as a producer for Roc-A-Fella Records, producing artists such as Jay-Z, Ludacris and Alicia Keys, controversy has followed West. His debut album, 'The College Dropout', was a huge commercial success, but even then his quixotic behaviour and his sometimes wildly contradictory statements and extravagantly excessive lifestyle made him an endless figure of fascination for the tabloids.

'The College Dropout' contained the song "Jesus Walks", which was initially nominated for a Stellar gospel music award before that nomination was withdrawn. West's stream of albums, such as 'Late Registration' (2005) and 'Graduation' (2007), brought the rapper acclaim and wealth, and his fifth project, 'My Beautiful Dark Twisted Fantasy', despite winning rave reviews, revealed an internal dark side which the rapper endeavoured to explain was, in part, caused by him being diagnosed with bi-polar disorder.

Now things have dramatically changed for the rapper. With a clamorous profession of the Christian faith, West launched his Sunday Service, held on his property in Calabasas, in Burbank, and Los Angeles. In the Service, West not only sang gospel songs but also collaborators Tony Williams, Francis and the Lights, and Ant Clemons helped turn them into full-on celebrations of Jesus Christ. The first public Sunday Service performance occurred at the Coachella festival at Easter this year, while in October West brought the Sunday Service to The Gateway, in Salt Lake City, Utah. Now the release of his full-on gospel album 'Jesus Is King', after several delays and re-titlings, has brought yet more publicity to West.

The album, and indeed West's seemingly turning whole-heartedly to life in Christ, has not, predictably, brought the rap star accolades from the mass media, with Britain's Sun newspaper calling the album "a 35-minute religious rant". The Sun reporter went on to write, "In 'Closed On Sunday', he slams Instagram - Kim [West's wife, Kim Kardashian]'s favourite creative outlet - instructing listeners to 'put the 'gram away'. Later, 'LA Monster' slams life in Los Angeles, where he lives a life of luxury in a huge mansion, driving his fleet of sports car to the world's best restaurants with his superstar wife. Kanye incants: 'It's the ugliest nightmare born from the prettiest dreams; millions of people trying to get on the scene; and everyone selling their souls, everyone saying they woke, but they sleepwalking, dead, eyes closed'."

A more balanced review was recently published on the Christian website New Release Today. "It is one of the most important releases in a while and it definitely has its highlights. 'Follow God' has that vintage Kanye sound topped with an old school sample all throughout and the flow reminiscent of something we heard on 'College Dropout'. I have seen rappers struggle to make dope lyrics and wordplay when going from mainstream to rapping for God. At times that is what I hear from Kanye. However, he makes you stop and rewind on songs like 'Hands On', produced by Timbaland."

The lyrics of "Hands On" are intriguing. "He ain't even try to get permission/Asked for advice and they dissed him/Said I'm finna do a Gospel album/What have you been hearing from the Christians?/They'll be the first one to judge me/Make it feel like nobody love me." As New Release Today's Dwayne Lacy wrote, "This is raw, vulnerable and indicative of several who are questioning his sincerity as a 'new man' in Christ. Fred Hammond adds some creative and layered vocals and background vocals to round it out."

Lacy continued, "I was left wanting more lengthwise since it is only 27 minutes in its entirety. Also, I feel like Kanye can do so much more creatively and lyrically. However, this is the RIGHT album for this season! 'Jesus Is King' needed to be made and we did not know it until hearing it! We can argue all day on Kanye's sincerity. I choose to believe that this is real and this is just the beginning of what he will tap into concerning positive and uplifting music."

A television interview with James Corden has brought a lot more light on 'Jesus Is King'. West discussed everything from how he found God to his marriage to Kim Kardashian West. He said it was when he was hospitalized years ago following a mental health crisis that he wrote down that he needed to start a church. He told Corden, "God's always had a plan for me and he always wanted to use me. But I think he wanted me to suffer more and wanted people to see my suffering and see my pain. . . so now when I talk about how Jesus saved me more people can relate to that experience."

In the Corden interview West also explained that the original recording of "Jesus Walks" had ended with a confession that he needed to talk to God but was afraid to. Clearly Kanye has now had that talk.