Matt Redman: Relocating to the USA, recording a new album, writing with Beth

Matt: Well, we're quite nearing the end actually. We've been working really hard, probably the last six weeks and we're going to be finishing all the overdubs, all the extra guitars and keyboards and backing vocals and stuff and we'll be mixing the album in the next few weeks and then we should be done. It's been a long process. I've probably been working on these songs for close to two years and had in that process maybe 30 or 40 songs that didn't all see the light of day. I probably began 30 or 40 songs but we've ended up with 12. I feel really encouraged. I've been leading a lot of them in worship."

Chris: Have you been recording all that in America? 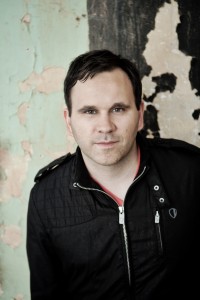 Matt: There's a producer I used last time called Robert Marvin, he's producing again so that's great, already having some kind of relationship. There's a guy called Mat Kearney who's an artist out here on Columbia Records I'm really into and Robert produced his last album and the new one that's just coming out and that's kind of how we connected before. Robert is a full-on worshipper and has played in worship teams but until my 'Beautiful News' album he'd never produced a worship record before so it was kind of nice for me to have someone who had fresh ears on it. We've become great friends and it's working out really good. We found some fantastic musicians we've been using and got my wife Beth singing on it again for the first time in about five years which is a real pleasure for me. I've actually co-written about seven of the songs with a guy called Jonas Myrin. He was the worship leader at Hillsong London for a while. He's kind of doing the mainstream thing now; things are going great for him. But he's got a great sensibility of what might work congregationally and he's got a great worshipping heart.

Chris: Was it good to have Beth singing on your album?

Matt: Yes. When we met she was in the World Wide Message Tribe, singing the whole time. It's kind of funny because she's done tons more than me. She's a great singer. They did the America tour, they did all over Europe but she's a real humble lady and she's definitely great - always puts our kids first so that's meant sometimes we've not been able to sing together so much but recently we've started to do it a bit more again which is wonderful. In fact there is a song on the album, "This Is How We Know", which in America they picked as the first song that is going to go on the radio here. Beth co-wrote that song with me so it's been nice to write something together again as well.

Chris: What's been the inspiration behind some of the songs on this new album?

Matt: The biggest thing on the album is really just to do with the steadfastness and constancy and stability of God. His faithfulness, in other words. Really, just looking at the world right now, everything that's going on with the economy, all over the place, the kind of worldwide doom and gloom of the economy. And people not knowing where they are. People who thought they were unshakeable being shaken, people losing jobs, people having houses foreclosed or going into mortgage arrears - there's so much other stuff in the world but obviously this has been a big deal for a lot of people - all different ends of the spectrum really. I felt I wanted to sing into that something true about God, that he actually is the only unchanging one, he's steadfast. When everything around him is shaking, he will not be shaken. If we stand on him we will not be shaken. In fact, the new album is called 'We Shall Not Be Shaken'. There's another song on the album called "My Hope" which has a similar kind of theme to the title track; a song called "How Great Is Your Faithfulness" and a song called "Through It All". So out of the 12 songs four are around that theme.

Chris: With some of your past releases there have been one or two songs in particular which really took off and got picked up by people all over the world, sung in loads of churches. Can you tell in advance which ones they'll pick?

Matt: I can't personally. I'm terrible at these things. I don't know if you've ever heard this story - but when Tim Hughes and I were both at Soul Survivor he played me "Here I Am To Worship". He'd never played it to anyone else. I said, "It's okay but it's not as good as most of your others." On the strength of that he didn't play it to anyone for about three or four months. Then he played it to Mike Pilavachi and Mike said, "Why didn't you play this to me earlier?" So I'm not the guy to ask on that kind of thing. Actually there are some songs we've been leading with - "Through It All" seems to be really connecting well, and in particular a song called "You Alone Can Rescue". We did it a lot on the Passion world tour and have been leading with it a lot, and a few people have been picking it up. It's a song of salvation really but it seems like that's been really connecting, but we'll see. At the end of the day these are songs I want to lead. If someone else wants to lead that's wonderful.

Chris: Just one more question on the recording side of things: I was reading a previous interview that you'd done and you said you were disappointed with the amount of songs that you'd written and the quality of them. What did you mean by that and are you getting a chance to grow in some of those things with the new material? 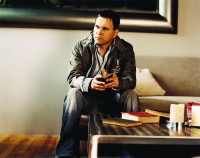 Matt: I definitely had some more time for songwriting which has been great. We kind of cleared out our diary as soon as we realised we were going to move - and we were going to have a baby and going to be planting a church. We had no idea what was going to happen in terms of diaries. So we cleared it all out, which was great because it gave me a lot of time to song write. I guess what I mean is, you know every time an album comes around, maybe every couple of years, you get a chance to put 12 songs on it and I want those songs to already count and so in one way I'm trying to make sure more and more of those songs could be congregational. Like I say, you never quite know and you do your best - that's for other people to judge. In terms of the amount of songs I guess it's just a lot of my heroes are some of these hymn writers like Charles Wesley who wrote six and a half thousand hymns and Fanny Crosby from America who wrote about 9,000 hymns and choruses and songs. That's pretty good going. I think with Fanny Crosby she started in her early teens and went on till her '90s when she died and it works out at writing a song every three days for that whole period, which is kind of amazing. Now granted she didn't have to write all these tunes which can slow you down a lot but at the end of the day she still had this bubbling fountain of worship coming out of her. I would love to step it up a bit in that way. It would be great.

Chris: Let's get you to talk about songwriting a little bit because in recent times you've been quite involved in writing songs with other artists. Perhaps one of the biggest projects you've been involved with recently is CompassionArt. From a statistical point of view it's an incredible project - loads of songwriters accounting for more than 42 million album sales coming together to write songs.

Matt: Most of those sales are by Michael W Smith and Steven Curtis Chapman! But it was pretty cool.

Chris: I know that's not the point of CompassionArt altogether but you've got these huge songwriters together - there's a heart behind it. Tell us a bit about how you became involved in the process of writing the album.