Matt Redman: Talks About His New Album, Church Plants, Passion And Much More

In an extensive interview Tony Cummings quizzed Britain's most popular worship leader MATT REDMAN on a wide range of topics. 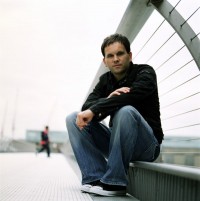 With his latest album 'Beautiful News' Matt Redman has delivered what some critics are already proclaiming his best ever album. On a visit to the Cross Rhythms office Tony Cummings threw a wide variety of questions at the worship leader. Here's an edited transcript of their conversation.

Tony: You must be bored silly with people asking you about what is real worship.

Matt: People do ask me that a lot. But I'm not really bored about it because I guess it's nice people want to know. You know, maybe 20 years ago no one was interested in that. I think the cool thing is that worship is a buzzword, worship is something that you want to figure out. Everyone's figured out it's a lifestyle, everyone's figured out you can express yourself in music, you know it's a wonderful way of journeying together - really we're all on a journey aren't we? I feel like God keeps teaching me little bits, I keep learning little bits from different people about what true worship is. A big bee in my bonnet over the last few years has been the whole reverence thing - painting a big picture of God in worship. So I don't really get bored with discussing worship.

Tony: Interesting you should mention reverence. Hasn't there been a tendency for some parts of youth worship to convey a kind of message that goes along the lines of "God's my best mate" and that's about as far as it goes?

Matt: Yes. I heard a speaker say recently the problem is we've so shrunk God down in our songs that he no longer loves us to death or scares the hell out of us. I thought that was a full-on way of saying it. You know we need to write songs which convey the depths of the grace of God and the heights of the glory of God. That's a tough thing. You know we're working in a culture where a lot of the words used for those things in the Bible are alien words to society. So if we're going to use them we have to unpack them in songs or explain them. Or perhaps there are fresh ways, perhaps just like the psalmists we could take the wonders of creation and speak of the glory of God. On the new album there's a song called "Shine" where we even use the word 'supernova'. It's talking about universe images - talking about stars and all that we see out in the universe. I sneaked supernova in there, as Oasis did years back.

Tony: And black holes? Will they be coming up on your next album?

Matt: Yeah, maybe. The point being that we've got to use what is around us to speak of God. I don't claim to be an expert but I do claim to be someone who is trying to be faithful on that journey.

Tony: Do you think we've got anything to learn from say, Wesley who set out to put just about every Christian doctrine revealed in Scripture into a series of songs.

Matt: Charles Wesley is an interesting example. If you look through some of those old hymnbooks he just wrote on every imaginable theme in life. It seemed like there wasn't a season of the soul that he didn't touch and he touched events in life, he touched times of the year and lots of different theological things, on the nature and character of God, on the names of God and God's Kingdom. When I compare what (the modern worship songwriters are) doing with someone like him it's depressing sometimes. But then on my good days it makes me take up the challenge, it makes me say, "Well, the same Holy Spirit who inspired him can inspire us." That's the challenge today, to kind of do it in today's language, and in today's way. Here's the great thing, we have 250 years more heritage than he had. So we're standing on the shoulders of giants, building on the kind of heritage of the saints before. We're in a better position than he was because we can learn from Wesley's stuff. Apart from the Bible, hymns are probably my best way of getting inspired in terms of finding fresh angles on age old themes.

Tony: Does that mean in the future we are going to see more songs from you which have six or seven verses?

Matt: I don't think I have enough to say! I'm a man of few words. I don't think I could do six or seven verses. Graham Kendrick could. Graham could probably do 34 verses. He's got a mind like no other I've met. That's the truth. One time Graham was showing us a song that he'd written and I think he had four verses and then for the fifth verse he had eight different versions of what it could be. I think he wrote a ninth one in the end and that became the one. Truth is, we're never going to run out of things to write about God. I remember Pete Waterman's stock observation. He said you can only write four songs: 'I love you', 'I hate you', 'Go away' and 'Come back'. He says if you look in pop culture that's what all the songs are about. But when it comes to writing songs about God and our response to him you are writing for eternity. There are so many elements of who God is, his nature and character, so much stuff in Scripture that we can dive into, get our theological, devotional teeth into. I'm excited to be able to do that. Having said that, I don't think I would write six or seven verses because I'm not sure how that would connect with culture today. What I love about the style of songs we're writing is you could pack the verses full of revelation and then you have a response to them in a kind of hooky chorus. So in Tim's song "Here I Am To Worship" you've got great, lovely ideas about the incarnation and stuff in the verses and in the chorus it's simply 'Here I am to worship, here I am to bow down.' Chris Tomlin's song 'How Great Is Our God' - same thing. Verses of great truths - 'He wraps himself in light, darkness tries to hide.' And in the chorus you've got the response element. It's kind of like this inhale, exhale of the song. I love that, I think it works. It's a way of getting theological truth and getting both revelation and response into today's kind of song form.

Tony: Talking of worship, one of the most exciting books that I've read in the last few years has been the last Mike Pilavachi book because he addresses the question where is worship taking us to? And of course his understanding is worship should lead to evangelism and social justice. The three things are interconnected. That got me thinking. We don't have that many social justice songs around at the moment do we? Whereas we seem to have a plethora of kind of "God makes me feel good" songs. Of course God does make us feel good and particularly for young Christians who are moving into experiential faith that's a very important thing to say. But clearly there's a lot more to unpack than that. Are there some sort of aspects of social justice you feel that you need to express in your songs?

Matt: I think we're trying to enter into this holistic package of worship. The songs are just the icing on the cake. It's the cake we need to be more interested in and the cake is full of evangelism; it's full of caring for the poor and the oppressed, looking out for the lonely and the disregarded in society. Because that is the heart of God. All over the Scripture that is a big, big part of what God's heart is. In the church we're involved in we wanted that to be right in the DNA of the church from the beginning. I remember David Ruis. Even before they ever had meetings in their church they went out and fed the poor because they wanted to say this church is more than just meetings. We did a similar thing in our church from very early on. We tried to set it up like that. So I definitely think what Mike is talking about is really, really important stuff. If we're really passionate in worship and we say we're passionate for God, it has to take us beyond songs. If passion just stops at a song, that's not passion is it? Passion isn't just bubble and excitement. I work with the college movement in America called Passion and they defined passion as 'the level of difficulty you're willing to endure to achieve your goal'. I love that definition. So I think when we define passion like that then it becomes things like going to the nations - it's inconvenient yes but passion will take you there. It's things like going to the poor and the oppressed. Well, man, that's a hard thing to get going isn't it? If you're truly passionate it will take you there. Evangelism? Oh man I get embarrassed sometimes, it's awkward but if you're really passionate you'll get there somehow.

Tony: How do you respond when people say that's easy for you to say because God has raised you up, you're in a relatively privileged position. In other words people will say, Well, this man's rich and famous. This man doesn't have some of the pressures that I have. How do you respond to that?

great interview, i enjoy it very much. thanks Tony for the interesting questions and thanks Matt for the candid answers.