Melanie Penn: A New York songwriter in an age of scepticism 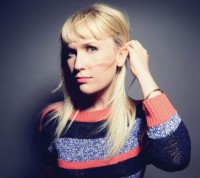 New York-based singer/songwriter Melanie Penn has, with no publicity push, found an ever-growing bunch of critics praising her work. CCM magazine wrote that her 'Hope Tonight' album "was a long time coming but it was definitely worth the wait" while the UnderTheRadar website listed it as one of the best albums of 2014 alongside the works of Steve Taylor, U2 and Ellie Holcomb. In fact Ellie's folk pop sensibility has been compared more than once to Melanie's haunting music.

Melanie was born in Virginia and moved to New York City in late 2000. Although raised in a Christian home she was "a bit of a lost soul" when she arrived in the Big Apple. She told Christianity Today, "I was very melancholy and victim to the ebbs and flows of my social life, circumstances and my inner state. I thought the remedy for my sad state of mind and heart would be hidden in the city, and somehow I would find it. I did not."

A pivotal moment in Melanie's life came when, from the roof of her East Village apartment, she watched the World Trade Center towers come crashing down. She thought, I have to get my life together. Things could end at any moment.

Melanie knew of one church in New York, Redeemer Presbyterian. It was and is overseen by Rev Tim Keller, the pastor and theologian whose books like The Reason For God: Belief In An Age Of Skepticism had reached the New York Times Bestselling Books list. After listening to several of Tim's sermons, something clicked. Remembered Melanie, "I had a powerful experience with Jesus one Sunday. I rode the 2nd Avenue bus home and knew my life would never be the same. Remedy found." Today Melanie serves as creative and events director for City To City, Redeemer's church-planting ministry. 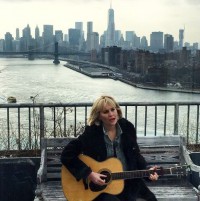 In 2010 Melanie recorded her debut album 'Wake Up Love' with renowned producer Ben Shive. She spoke about her perspective on songwriting: "There's no distinction between 'Christian' and 'non-Christian' art. If art is true and beautiful, then it has to point to Christ himself. Art makes us thankful. Art shows us there is more to life. Art awakens the soul." Pastor Keller added his comments: "Melanie has listened to what we say at Redeemer about Christian songwriting. It is not always about overt Christian themes, but about giving a Christian perspective on all of life. This makes her not simply a part of the Christian music scene in the city, but a Christian who is part of the city's music scene."

In 2014 Melanie began writing songs for a second album, 'Hope Tonight'. "I wrote the title song for this record when I felt like I had no tribe. I wasn't making ends meet very well, and I wasn't meeting demands very well. I started throwing a pity-party for myself in my New York City apartment-just my guitar and me-like I do. 'Here's the thing, it'll chill ya to the bone.' But no sooner did I get into the guts of this song than all the blessings, promise and hope of life came pouring back in-back into my heart and back into the lyrics. 'There must be more than I see with my naked eye/Some underlying design will make things right.'"

Melanie continued, "Turns out our tribe has a lot more in common than songs and artists and the Rabbit Room (the arts community run by singer, songwriter and author Andrew Peterson)... we have hope. And not just hope tonight-but hope right now, today, tomorrow, the next day, until the very end of the end when time stops and there is no more end. I hope this record reminds you of that."