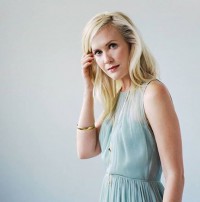 THE CRITICALLY acclaimed singer/songwriter Melanie Penn has released a Christmas album, 'Immanuel'. The project contains nine original songs and one classic carol and has been receiving rave reviews in the US. Worship Musician praised its "sweetly evocative walk through the narrative of Jesus' incarnation" while World Magazine enthused that "with her new album 'Immanuel' Melanie Penn has risen to the challenge of creating original Christmas music that neither exploits nostalgia nor struggles to be trendy."