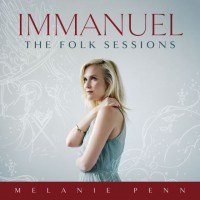 NEW YORK-based singer/songwriter Melanie Penn is set to release her second Christmas project, 'Immanuel: The Folk Sessions', on 25th October. The songs on the EP were originally featured on Melanie's 2017 'Immanuel' album. The EP was produced by Ben Shive (Brandon Heath, Ellie Holcomb) and offers "all original songs based on the Christmas story, recorded with a bluegrass twist." Said Melanie, "Ben and I wanted to do a record with an organic sound and live vocals. We listened to a lot of Alison Krauss and Union Station to prepare for this album, and we hoped to bring this kind of intimacy to the recording."