One Afternoon In July

Irish songsmith BRIAN HOUSTON took time out of his busy schedule to chat to Tamsin Jones. 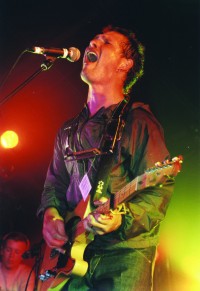 Belfast-based singer/songwriter Brian Houston will be familiar to most Cross Rhythms readers and listeners. Down the years he has been responsible for such excellent albums as '35 Summers' (1999), 'Mea Culpa' (2001), 'Thirteen Days In August' (2004) and now with his latest ICC release 'Jesus And Justice'. He answered a few of my questions.

Tamsin: What have you been up to recently?

Brian: Writing songs and working on my autumn American tour.

Tamsin: What's different about your new album 'Jesus And Justice' in comparison to your previous albums?

Brian: It's good! (laughs) Seriously though it's a totally one take record. We didn't fix anything after it was recorded. We did it in two and a half days with musicians from Aztec Camera and Katie Melua's band and the pedal steel player from Robbie Williams' outfit.

Tamsin: What inspired you to record the hymn "What A Friend We Have In Jesus"?

Brian: Well it was written by an Irish man and is very similar in content to what I write about, so I could relate to it very well.

Tamsin: Would it be fair to say that 'Thirteen Days In August' was largely a secular album and that 'Jesus and Justice' presents mostly Christian orientated lyrics?

Brian: Well some people seem to feel more comfortable labeling things that way I guess, but certainly it's true to say the lyrics are more obviously centered on the subject of God on the new album. It's what I'd call a gospel album.

Tamsin: Some of the lyrics in your album are very hard-hitting and blunt. For example "I saw you (God) in prison with the drug addicts and with the handicapped children in the hospital wards/I don't see you on the stage that much/Don't see you asking for money for prayers on the TV/But I see you hold a gay man with AIDS and you're telling him that you belong to me." Do you believe a lot of the Church is homophobic and fails to address these type of issues?

Brian: Well I don't know other people's views on sexuality. But I haven't heard many songs about the subject per se and I've never heard a song by a Christian artist that said what I've said before now. I'm sure there are people all over the world writing similar stuff if it's what the Spirit is saying. I felt the heart of God was as described above and not one of judgment, and that's what I've tried to capture in the song. 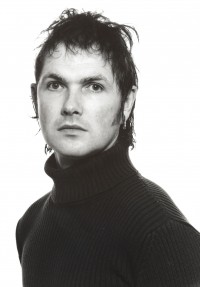 Tamsin: Do you prefer to write songs that relate to you or your personal experience or do you love to write or lead worship?

Brian: Ah! A very interesting little division of subjects there. I think that it's a tiny part of the picture to define worship in terms of song lyrics and subject matter. The same division seems to occur with performance and worship and of course the Church subculture or middle class Christian lifestyle and the wider world. Some people even divide their business and their faith; but does it not say "in everything you do, do it as if onto the Lord." That's a life of worship, right? The greatest and most influential worship band in the world are U2 and they don't play in churches, sing the defined lyrics or have a band full of supposedly sanctified members but they've changed the world for God in a way most of us can only dream of. I want my life to be poured out for God and for his purposes whatever they are. When it comes to my work I do the best I can with what I can do.

Tamsin: Tell us a bit about the church you go to.