Plumb: How songs of healing helped a disintegrating marriage 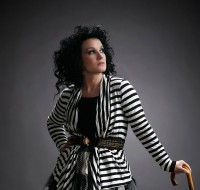 The last time Cross Rhythms quizzed Tiffany Arbuckle Lee, otherwise known as Plumb, was in 2003 when the singer/songwriter was enjoying considerable Christian music success. If anything, her career has reached an even higher profile since then. Her albums 'Chaotic Resolve' (2006), 'Blink' (2007) and 'Beautiful History' (2009) have all charted while unexpectedly her music has become much loved within club culture with top mixers lining up to give Plumb's haunting songs dance appeal. For example, "In My Arms" from 'Blink' was a dance music hit while the first single from 'Beautiful History', "Hang On", reached number one on the US Billboard Hot Dance Club Play chart. Equally unexpectedly, Plumb's music has become a favourite with TV producers and movie directors and has cropped up in numerous projects. The 2013 release of 'Need You Now' is bringing the singer/songwriter new accolades. In a highly candid interview the mother of three spoke at length about her new album and the painful journey which led up to its birth.

Tony: You've been on a long sabbatical. Have you got excited about having a new album out?

Plumb: Of course. I'm super, super excited. 'Sabbatical' has some connotation of relaxation; I don't know that I've had that. I have three children really close in age. Just because of life, the way that worked, touring and releasing a full studio record have not been something I've been able to do for a little while. But I have been really busy writing for other artists, writing for this record, writing for film and television. I'm still on a daily, weekly basis very much Plumb, but the hiatus from the spotlight has been refreshing.

Tony: Do you intend to tour?

Plumb: I do. I'm slightly different than the average touring artist in that I'm female, and it's a predominantly male-driven world out there as far as the world of touring. Being a wife, being a mother of three, puts touring on the list of priorities not as important as being the breadwinner of the family. My husband is a part of my career and provides for our family in such a way that I don't have to do Plumb to eat, I GET to do Plumb. I'm thankful for that because I know there's a pressure that typically one of those parties feel. I've been blessed with a husband that has awarded me the opportunity to be a wife and a mother first, and still allowed me to make my career important. Touring has not and never will be the most important thing in my career. I'm more of a spot-day artist, or a special event artist - a festival artist - over the summer when the kids can come, or weekend events where, whether they come or not, I'm not gone for a long time. When people are looking for 'The Plumb Tour' they're not going to find it: they're just going to find where I'm playing in a city near them, and it's usually going to fall on the weekend. Maybe it'll add some value to my show if you can't just see her any time.

Tony: The time you've been away has hardly been noticed as you've had these dance releases by various mixers. Did their success surprise you?

Plumb: Absolutely. I have found a niche there that I was never searching for, and I'm really grateful. As an artist you find yourself in a certain sort of genre. I've been blessed to be a part of several: singing Christian music, writing for film and television, having a total mom audience independent from those, then dance with different remixers. There's something about the way that I write, the sound of my voice, that's captivating to remixers, people like Kaskade, Scotty K, Gomi, Bimbo Jones and Paul Van Dyk. It was very complimentary on how they tied very nicely into each other in the opposite way that they are. I was very surprised the first time that happened. I'm thankful to be embraced by a totally different format for the honesty and the hope that comes from my music. I'm thankful to not be pigeonholed into one particular category, but I do realise that some artists are very good at their pigeonhole: I have a lot of respect for that, but thankful I can be four or five different places. From a monetary standpoint, which is not my focus - it really isn't - it's been extremely helpful as an artist that radio and film and television and dance, those outlets that play the music that don't require me to be away from my children, I can't express my gratitude enough. They're allowing for me to make my husband and my children the priority that they need to be. The Oscars were on last night, and you think of all these incredibly famous actors that are filthy rich, yet when you interview them you'll hear them talk about how they're so grateful for work. It can be feast or famine.

Tony: Have you heard one of your tracks played in a club?

Plumb: I've had the privilege of participating in a couple of Paul Van Dyk's shows to come on stage and perform our collaboration. And a few different DJs, when I'm in their cities, reaching out and saying, 'Please come down. I want you to hear me spin your song - just to have you present for that moment'. That's happened a few times. It's always very flattering, and it's good for me to see: it's a completely different atmosphere. It helps me to get to know my audience. A Plumb show, that's an audience I'm familiar with - I spent years cultivating a relationship with - but the dance market, I'm still a newbie there. You can have an idea of what your audience looks like, and you can be really off. It's a mixture of age groups, it's a mixture of guys and girls, a mixture of lots of different demographics.

Tony: Is your new material being remixed yet? 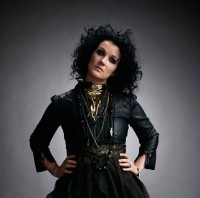 Tony: Pick out two or three songs that are particularly meaningful to you.

Plumb: Probably the title track is one of the more meaningful tracks, but it was not originally the title track. It was a fair representation of the whole record; it's a message of hope that runs through the whole project. "Need You Now" was written about a struggle I've had since I was 13 years old with panic and anxiety attacks that manifested themselves through really debilitating stomach aches, stomach cramps, paralysing me from my social calendar and in my life; and having times of wanting to truly die, to not even live - the conflict I had every day with my body. Because of the fear wrapped around that I started to struggle with mild depression. Never in my life had I ever been afraid to do certain things like ride a roller-coaster, and suddenly claustrophobia - small spaces started to feel even smaller. It snowballed into a lot of fear. We wrote the song, finished the song, completely done with the record - mastered everything; this was in November 2011. The record was slated to come out in the following months of 2012.

I went through a real personal crisis in my home, and that song in particular, although written about something totally different, became my anthem and my oxygen. I quickly learned that hope is oxygen. I'm obviously closely tied to everything I write, but in general I've written for the listener, and I became the listener. I needed any hope I could get: my marriage was falling apart. I thought that we were bulletproof, and that would never be my story: there were a lot of things that could possibly enter my life, but that was one I never foresaw. I was on my face. The record was delayed, and I had to figure out a plan and revamp what our story was going to be: would this record even come out; if it did, what songs would be on there? Inevitably a few songs would have to be replaced because of the subject matter, being about my husband and I.

Love Plumb songs I was fortunate enough to have heard in concert thanks to HisRadio ! Her songs are encouraging! She had Poured in her heart into her songs & it is such a testimony to Gods power & unconditional love ! I pray that she will continue to win souls through her music & life !!! In my Arms & I need you now edpep

I am ministering to my daughter through the song Need You Now and Lord I'm Ready Now. The Lyrics of Lord I'm Ready Now though was about Plumb's depression problems that broke her marriage, for my daughter it is about her coming out as a bi-sexual which resulted in the breakdown of her marriage and family. I am still praying for her enlightenment and hope these songs will touch her heart.

Plumb's passion is beyond any artist's I've ever heard (I'm 61); her voice is Angelic and I can imagine what heaven is like when I listen to her; I still cry for many of her songs, but tears of joy, praise God that He has blessed you with the grace to sing about songs that some may find too dark; thanks for changing my life

Listening to Plumb's lyrics, I felt she suffered from depression because I do from time-to-time. I am thankful for her honesty.

The rawness that is presented by artist like
Plumb, Leigh Nash and Amy Lee will always
Hit a nerve. Haven't listened to Plumb for
Years but tonight was one song worth it!!

I listened to the interview and was challeneged. I felt something in the song, "Need you know" even without knowing the background to it. You know when something is true and from the heart - and that is true also of the album. I bought the album "Need you now". Wow - Plumb allows herself to become so vulnerable and open in these bold songs. A recommend to those who cry out for an answer in life, to those who need to be loved and feel unlovable and to give encouragement to anyone going through a difficult time. Love it!!