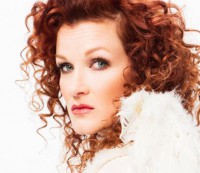 HAVING released the "Beautifully Broken" single in February, hit-making singer Plumb has now released, through Centricity, an expanded version of the track, offering such versions as the Dave Aude Rhythm Mix and the DJ Mike D Rhythm Mix. On 22nd June the Plumb album 'Beautifully Broken' will be released.