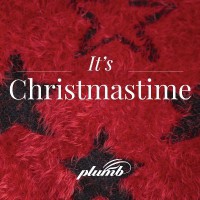 HAVING just released the Christmas EP 'Behold', CCM star Plumb has released a second Christmas EP, 'It's Christmastime'. Described as a "fun-filled nostalgic mix of Christmas songs," it includes "It's Beginning To Look A Lot Like Christmas" and "I Want A Hippopotamus For Christmas".