Reggae Revolution: A report on the British gospel reggae scene 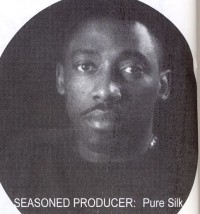 In Jamaica in the last few years, there's been a revival of sorts within the reggae fraternity. The world famous Reggae Sunsplash festival now has a dedicated Gospel Night, and a number of big names have become Christians, including Judy Mowatt (one of the I Threes, the trio of female backing singers in Bob Marley's Wailers), Junior Tucker, Ninjaman, Lieutenant Stitchie and Papa San (although in Ninjaman's case his Christian witness has been marred a bit by his involvement in a murder case). In Britain, Christian reggae is progressing in leaps and bounds - and here are just five of the people responsible for its current lively state.

David Williams - aka THE WATCHMAN -is no stranger to CR readers, having been featured in the magazine at least twice before. The one-time boxer from south London is now a well-established fixture in British gospel music, proving that, despite how ill-matched they may appear, gospel and ragga music do go together.

Working in prisons is quite close to Watchman's heart, having been on the wrong side of the law himself in the past. Last year, camera crews from Channel 5 followed him as he went into prisons in the capital with the Gospel. Earlier this year, both he and rapper The Gifted were the subject of a half-hour ITV documentary, as they worked alongside prison inmates. Having gone "from crime to Christ" as he puts it, Watchman's eager to help others make the same move, but his ministry isn't restricted to the 'banged up'. In his day-job as a detached youth worker in Peckham, he helps keep inner-city kids on the straight and narrow. And the guy whose hellraising antics as a boy got him expelled from South London's Stockwell Park School was invited back there as a role model for their current batch of pupils, alongside the Ambassador to Dominica and the Mayor of Croydon.

In 1998, following years of anticipation, Watchman released his debut album, 'Contemporary Christian' on the independent Flintwood label. It was produced by Mafia & Fluxy (the hottest production duo in reggae since Sly & Robbie) - and, he says, "put together with great patience."

"Mafia and Fluxy are very professional. They know their music; they know what they're all about, and working with them was very exciting for me. Four years ago, I'd actually prayed for them to produce my album when I got round to making it. So for that to happen was very exciting."

Miles away from Watchman's razor-edged ragga, you'll find a mellower side to reggae; exemplified by the sweet, seductive sound known to many as lover's rock. Prime purveyor of the style is one Anthony Brightly, the brains behind PURE SILK.

When it comes to describing Anthony, words like veteran, entrepreneur and multi-skilled are understatements. This is the man who wrote a reggae chart hit while he was still a 14-year-old schoolboy. The song was called "Sticksman", recorded by Black Slate in 1972. Eight years later, they were in the UK Top 10 with "Amigo". In between those landmarks, Black Slate were the preferred backing band for any Jamaican reggae act visiting these shores, and the young Anthony got to work alongside some of the biggest names in the business: the Heptones and Dennis "Money In My Pocket" Brown, to name just two. 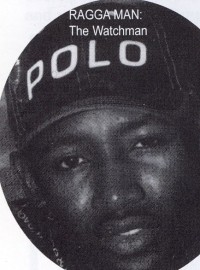 In the '80s, Anthony decided to diversify and became a record producer. He soon realised that the public weren't so receptive to some of the newer, unknown acts he produced as they were to the more established ones, so he created what he describes as a musical entity called Pure Silk. Pure Silk wasn't so much a band as an umbrella for whoever Anthony happened to be working with (a move which is commonplace in dance music today). The trick worked; fans responded better to a string of Pure Silk records than they did to a series of records from several different new acts.

Pure Silk became a gospel outfit following Anthony's conversion to Christianity in the mid-'90s. By this time, Anthony was also a nightclub owner, running the Chimes nightclub in East London. A Christian lady who'd had the idea of running a monthly gospel nightclub thought Chimes would be an ideal venue for it. Psalms at Chimes ran for two years and played a key role in Anthony becoming a Christian. "I stopped making music for a while after that," he says. "Realising that in the Christian world, the entertainment factor that I - and a lot of new Christians - were used to wasn't being catered for, I thought, 'Well, I might as well use my talent to feed and entertain people who want that kind of music.'" The result was an album titled 'The Journey - The Mission Is Possible', which Anthony released last year on his label, Sir George Records (named after his father). Proving that he hadn't lost touch with his roots, 'The Journey' was warmly received by secular gospel fans, with David Rodigan (Britain's most repeated reggae DJ) heaping praise on it, and pirate stations across the nation playing it.

Next year looks like being particularly eventful for Anthony. He's on the board of directors of the British Gospel Arts Consortium: a group of industry people who have teamed up to plan a series of special gospel events to mark the millennium. At the time of writing, the Consortium had just been awarded 50,000 pounds by the Millennium Commission to help finance the events, which include a week-long gospel festival in Birmingham next September. His other main preoccupation is the school project he's been running from the Chimes nightclub, called 'PROMPT', (Purpose, Respect, Obedience, Manners and Training). About 20 kids attend twice a week after school, and Anthony is delighted at their progress. "A lot of Christians have a problem with my owning a club," he says, "but the club makes everything else happen, including 'PROMT'." Anthony is now in the process of turning 'PROMT into a full-blown Christian school.

Like Anthony, TONY RICH is very much a reggae veteran, with a career going back a few decades. The son of a bishop (his dad's the founder of the Mt Carmel Christian Congregational Baptist movement in Jamaica), Tony has been a Top 10 festival solo finalist in Jamaica and has worked with Yellowman and Sugar Minott. He used to sing with the Jamaicans, a popular group whose hits included "Va Va Voom".

"Reggae gospel started in Jamaica in the early '80s, by a group called the Grace Thrillers," says Tony, giving a potted history of Jamaican gospel-reggae. "When they did their first gospel songs, the fraternity of churches were totally against it, because they said it was blasphemous to put gospel songs over a reggae rhythm. Then followed another artist called Carlene Davis; she did the first reggae gospel album out of Jamaica.

"I came along in 1990, with a religious medley album entitled 'Man Of Cyrene, Movement 1'. That Christmas, I had a number one gospel 45 entitled 'Religious Medley', produced by Sidney Crooks (of the popular 70s band, the Pioneers). I'm also the first artist to use dancehall rhythms in gospel. Even today, I'm one of the most played gospel artists in the Caribbean."

Tony's latest recording is a duet with Watchman titled "I'm Not Sorry". "It came into being when I was a guest at UCB about two months ago," he says. "I met Watchman there, and from that connection we composed the track. Watchman and I ministered in the prison at Stoke-on-Trent, and every one of the participants who came to the church in the morning got saved that day. The power of God was so strong. And what we were giving to them - dancehall reggae music in a gospel fashion - and we could relate, as these were young men. These were youths, and we could relate to them because of the music. We had young men get up to dance and it was like they were breaking free from the bondage they were under. The chaplains said they were frightened, because they'd never had an altar call where everyone in the room came up to give their lives to Jesus. Without a shadow of a doubt, I know that this music - and I believe in it - is powerful.

Today is 1st October, 2015. As I go back in time and read this article I reminisce about the day in the church when my friend, Anthony Brightly was baptised! My wife (Iris, who sang as part of lovers rock band - Revelation) and I have also returned to our Christian roots and have joined the ranks of UK reggae gospel artists. Lovers Rock being our preferred style was scarce! So we totally identify with the words of Anthony in this article. There is still a long way to go in establishing the relevance of reggae as a powerful vehicle for sharing the Gospel of Christ, but it is still happening. Iris released, "You Are My Ministry on iTunes 2012 and recently joined 12 other UK reggae artists on "The Tour Riddim" compilation CD. The first time that the premier gospel artists from UK have come together in this way. Live showcases are planned to take that 12 act package around the UK, Europe and the Caribbean. There are so many saved and un-saved souls who need to know and understand that the music you love was created by the Creator and it is He who gives the inspiration and talent. Reggae Gospel is a true expression of the reggae beat that has captured millions worldwide through Marley and others. As we who were once in that secular world, turn our talents over to Gods work, that is when people will begin to see that being a Christian is not all "thou shalt not" rules which they believe they can't embrace. The music and lyrical content helps them to draw near and see for themselves. That ultimately stimulates the changes in audience thinking that we have seen at our showcases. The Gospel is still being sung in reggae since this article and long may it continue to grow from strength to strength for the Glory of God!. Tony Rich - the banner is being carried high - RIP.

The funeral of gospel reggae singer Tony Rich will take place at the Roundwood Gospel Assembly Church, Roundwood Road, London NW10 9TT on July 6 at 10.30am.

It was on 5th June 2012, singer and songwriter Anthony Richards known to many by his stage name of Tony Rich and affectionately called Fatta by family and friends, passed away after several years of poor health. He died on the way to hospital following a decline in his condition.