Thomas Tallis: The Sacred Tradition and the father of English cathedral music

Dave Massey examines the life and work of one of the giants of sacred music, THOMAS TALLIS (1505 - 1585) 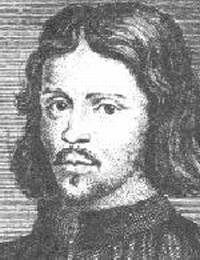 It's 1530, an age in which it would take you three and a half to four days to travel from London to Birmingham, and which was full of change. Printing presses were new - people were translating the Bible into English and paying with their lives. If you wanted to make it in music you had to write church music, and if you wrote church music in England you had to adapt. The two party state in those days meant Catholicism and Anglicanism depending on who was in power (Henry VIII, Mary, Liz I) and maybe even which wife the king wanted at the time. Around 1540, bands of authorised bandits roamed about ransacking and demolishing monasteries.

It was an age in which cathedrals and churches rose out of the surrounding vegetation as a testimony to the greatness and majesty of God. Their size and fine artistry in stone showed the awe in which God was held. The church itself was an international power - with a tight grip on life and on creativity, desiring it to be channelled into praise to God. Hence the control on which intervals were used in church music. The augmented fourth (F to B natural) was unattractive and dissonant and known as "The Devil in music"...forbidden fruit to composers of the day. There was even a proverb about it in. case any should forget, going something like this,

There were other taboos too-for instance the innocuous major scale, pumped out every day on Radio 1 and the cornerstone of Stock Aitken and Waterman's Hit Factory" was know as (under 18s cover your eyes!) "The Wanton Mode", was disliked by the church! Change was all around, English services taking the place of Latin services - English Bibles and religious books becoming available. It was an ongoing process of discovery and reformation, the world was gradually becoming round. This was the backdrop against which Thomas Tallis lived and worked, a Catholic musician whose music earned him the respect of Protestant and Catholic alike. Not much is known about the man himself, or his life - in fact Tallis himself could not have told you his own birthday. He described himself as "Verie aged" in 1577, meaning that he was probably over 70. Tallis' church music was created to the glory of God and like the environment it was written to be performed in, it was lofty and powerful - spacious and beautiful. He had big ideas too. Imagine being in church surrounded by a 40-voice choir, (eight five voice choirs) the echoes bouncing and rebounding into a great wall of sound - and you've imagined "Spem in Alium". The director of such a work had to cope with manuscript pages three feet tall.

The work creates so many echoes that it requires a full stop partway through to clear them before continuing in all its magnificence. Another rich, multi-voiced work by Tallis was called "Gaude Glo-riosa". He was a thinker on a large scale when it came to church music. These works ("Spem in Alium" and "Guade Gloriosa") are known as motets - usually performed by an eight-voice choir and contrapuntal in style. Often a motet would take a secular folk tune, as a base for contrapuntal treatment and strangely, it would often keep the secular words too! The secular tune would then be surrounded by the sacred...a strange contrast to the taboos of harmony. An example is cited in "The Oxford History" - "Discantus Positio Vulgaris" - in which one part sings a hymn to the Virgin Mary whilst the other sings a French love song! A modern equivalent might be singing the Magnificat to Madonna's "Like A Virgin"!

In adaptable 16th century style, Tallis, although a devoted Catholic wrote music for the English liturgy as well as the Latin, and with the strong direction of the church (in the form of Thomas Cranmer) was one of the first to write music with a "Playn and distinct note for every syllable". The monopolies and mergers commission may have something to say (had they been around) when, in the reign of Liz I, Thomas Tallis and Wiliam Byrd were given the monopoly of printing music and music paper. It is an indication of the esteem in which he and his music were held that this honour should be given to a Catholic composer by a Protestant queen. Initially the venture was a flop resulting in the loss of 200 marks and this letter by Byrd and the "verie aged" Tallis.

"...is now verie aged and hath served you Mattie and yo Royall ancestors these fortie yeres and hadd as tet never anie manner of preferment exept onely one lease..which being now the best pte of his lyvvinge is With on one yere of expiration."

The Queen granted the lease - a continuation of the lease on the Manor of Minster on the Isle of Thanet, granted by Queen Mary in 1557. He died in Greenwich in 1585, having lived through the upheavals of his time - being booted out of his position as organist of Waltham Abbey during the dissolution of the monasteries - yet gaining the favour of monarcks across the bloody religious divide. Tallis left a legacy of music that proclaims a God who transcends religious bickering, and who was just as awesome I English as in Latin! In his age I was not Larry Norman (or Cliff)-but Martin Luther who threw out the challenge "Why should the devil have all the good music?" With his motets and anthems Thomas Tallis made sure that the devil didn't.

Tallis' Life
Born c.1505. Died 23rd November 1585
Little is known of Tallis' life despite his title as "The father of English cathedral music". He appears to have held an appointment at Dover Priory in 1532 (at the probable age of 27). Five years later he pops up in the choir of St Mary-at-Hill, London. He left the choir in 1538 possibly to take up an appointment as organist or master of the choir at Waltham Abbey in Essex. He remained here until forced to leave in the spring of 1540 during the dissolution of the monasteries. Following this, Tallis spent two or three years as a lay-clerk at Canterbury. In 1543 he was elected a Gentleman of the Chapel Royal, a position that he held with distinction for the rest of his life. He married in 1552 but the marriage never produced any children. Queen Mary granted him a 21-year lease in 1556 on the Manor of Minster on the Isle of Thanet. During the first year of Elizabeth I's reign Tallis was granted Â£40 from the Royal Household assets - a sign of his continuing favour under the new Protestant monarch. In 1572 William Byrd joined Tallis at the Chapel Royal, and three years later they were both granted sole right to print music and manuscript paper. Cantiones Sacre - a collection of sacred vocal works was published by Tallis and Byrd in 1575. In the opening dedication to Elizabeth I, it informs us that they were acting as joint organists of the Chapel Royal. Tallis spent the closing days of his life in Greenwich and he died here in 1585 and was buried in the Parish church of St Alphege.

Recommended Recordings
Lamentations of Jeremiah
Dir. Alfred Deller Hanmonia Mundi HMA 190208
With the current vogue for period recordings that use period instruments, and are as close to the original as possible, this is as close as you will get with an early choral work to that goal. To get closer would require someone who had had the foresight to donate a couple of organs for the advancement of music (they don't make castratos like they used to!).

This recording uses two male altos (haute-contre), Alfred Deller - who also directed the work - and Mark Deller, but a female soprano, Honor Sheppard. The result is a good quality production at a very reasonable price too, and well worth getting.

Tallis & Sheppard
St John's College Choir Cambridge Dir. George Guest ASV Digital CD GAU 114 Tallis recordings are few and far between, as a trip to your record store will reveal. This CD presents "Missa Salve Itermerata Virgo", a mass by Tallis, alongside Sheppard's "The Western Wynde". The Sheppard piece is an example of a mass to a secular folk tune, in this case - "The Western Wynde". Other examples include masses with such titles as "Red Noses" and "The Armed Man".

Tallis: Spem In Alium Lamentations Of Jeremiah Alegris : Miserere
Pro Cantione Antique Dir. Mark Brown Pickwick International CC 7602
I strongly recommend this recording because not only do you get two of Tallis' greatest works, but also delivered by Pro Cantione Antique - one of the best early music groups around. Also, Alegris Miserere must rate as one of the most beautiful early choral works. Listen out for the soaring top C (rare for it's time).