Trent: A River Flowing Through A Vineyard

With the possible exception of Calvary Chapel, no stream of churches has contributed more in the development of contemporary worship music than the Vineyard fellowships. Ever since Vineyard's founder John Wimber started the original Vineyard church in Anaheim, California the proliferating churches have produced an ever-increasing stream of worship songs and recordings, many of which have impacted the world Church. And down the years Vineyard UK's inspired idea of bringing together worship leaders and musicians from several different British Vineyards to record some groundbreaking albums has born much creative fruit. Now, if that wasn't enough, British Vineyard churches are producing whole bands who can display every bit as much gig-seasoned tightness and creative edge as the big names of CCM.

Earlier this year St Albans Vineyard launched the excellent Burn Band. Now Nottingham's Trent Vineyard have followed suit with a unit, called appropriately enough, Trent. The band's 'Unfailing Love' album has hardly been off my CD player since its release and it was with considerable expectation that my wife and I journeyed to Nottingham to Trent Vineyard's impressive, ultra-modern building to meet up with some of the band members. The fellowship have been in their pristine new HQ for three years and coincidentally it was in 2003 that the 'Hold On' album credited to Trent Vineyard, UK was released. In many ways that project was the start of the unit who now minister under the Trent name. The musical foundation stone of Trent is singer, guitarist and composer Nigel Briggs. After several false starts involving malfunctioning mini disc players, Nigel and I finally got down to the Interview Proper. He spoke with the glowing excitement of the new parent about 'Unfailing Love'. "After 'Hold On' I think we set out to actively write and filter songs a bit more and try and have those that were tried and tested in the church. We really didn't want to just think about recording our next album but think about writing songs specifically for the church. I wrote about half of them and the other half we worked on as a band and developed the ideas as a band. We spent three days away at a retreat in Wales which was a great time for us. We had a little farmhouse, took all our equipment, set it up and began to play. A couple of the songs came from there; 'Unfailing Love came from that time."

Nigel continued, "Rich, the electric guitarist, turned up to Wales after he'd been reading Psalm 33. It talks about God's unfailing love. I think that was the phrase that sort of really spoke to him and he was talking about that. When you look around here." Nigel stops and makes an arm movement around the bright, modernly furnished room where we're sitting. "This building is a tangible expression of how God has brought us through. God's more than love. He's unfailing love. That was a real theme that we really wanted to develop but keeping that as a corporate thing as opposed to an intimate thing. Something that we could proclaim as a church. Another song like that is "God Is With Us". That phrase just came into my head and I really wanted to try and write a song that spoke to the world as much as it did to the Christians within the church here. So it says, 'Open your eyes, look around you, see that God is everywhere.' A message to the world as well as something that we can proclaim as a church here. We've most probably more than doubled in size since we opened the doors of the building here, three years ago and we've got a lot of people who are coming into church for the first time. A lot of them never stepped through the door of a church in their life other than for weddings or funerals, that sort of thing. And there are people who are coming in and just really connecting with the lyrics of the songs which really pleases us. They have no baggage. They just come with a real sense of wanting to meet with God. It's great having the opportunity to write songs with words that communicate that today in today's language. And people really do genuinely seem to connect with that language."

The current line up of Trent is Nigel Briggs (vocals, acoustic guitar), Phil Squires (bass), Rich Bull (electric guitar), Matt Loose (keys) with Paul Evans stepping in to play drums (their 'resident' drummer left last year and they're still on the look out for another). The sound of 'Unfailing Love' is defiantly guitar-driven. But there are some surprising passages where there's a highly effective blend of guitar and keys. Said Matt, "For me working on the album was really satisfying. Rich - he's the electric guitarist - and I tried to find sounds that work together rather than it just being all electric guitars or just all keys. So there's a few tracks on the album where electric guitars are predominant, you can hear a lot of electric and very little keyboards. But there are a couple on there where there's a nice piano or Rhodes. Also, there are some quite unusual sounds at the start of 'Love Divine'. It's kind of a vocal morphing effect and that's been around from almost when we started and it's just carried on to the album. I think it does catch people by surprise when they first hear it, particularly if you use it in a worship environment." 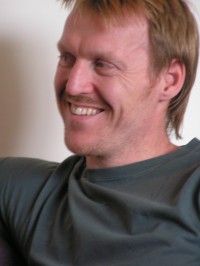 One of the standout songs on the album is "Walk Humbly". Matt explained its origins. "Phil, the bass player, and I were at house group one evening and we were talking about Micah. There's a verse in Micah about walking humbly. We wanted to write a song around that theme and put together a sort of rough demo of some music which we brought to Rich and Nige, who laughed! So we thought that was the end of that. But fortunately Nigel kept on playing it and came up with some words that were based around the very verses that we'd been thinking of. So the song kind of came together that way with input from everyone."

Nigel took up the story. "'Walk Humbly' is one of those songs that we've done in church just a handful of times. The chorus goes 'act justly and love mercy and walk humbly with your God.' The whole phrase needs to sink in. It's one of the songs which is definitely a grower. I know that there are people who have sung that in church and played the album and said that's the one that's really stuck with them. I always remember Brian Doerksen saying as songwriters we should be trying to capture unique thought and put it in a universal theme in a unique way. And I think there's something about that song that has a little seed of that. It is that big theme of what our lives should be about."

One thing that Nigel is passionate about is writing worship songs that go beyond the "Jesus loves you" safety buffers of many churches. "I think Christian lyrics have suffered from quite a lot in the past by staying within the safe boundaries. It is sometimes very difficult as a Christian songwriter to put your head above the turret and be shot at. But even with a song like 'God Is With Us' I was really keen to try and get beyond the obvious. There's a little middle eight section which goes, 'He's in the city, He's in the streets, in the bars, on the TV screens.' We just try to broaden people's imagination. God is out there, he's in some of these things that we would think actually, how could God ever use that? He's in the bars in our cities, he's working in places that we would never imagine."

Alongside Nigel's determination to write lyrics that connect with the unchurched is his equal determination to pen songs that are theologically sound. Said Nigel near the close of our chat, "There's a guy called Simon Ponsonby who's an amazing theologian. I sent him the lyrics for him to have a look over and just make sure everything was okay. He came back with some helpful pointers. He put a phrase in an email I found really encouraging - he wrote, 'The thing I love about your songs is that you've definitely got both feet in the church but both hands reaching outside.' For me that was just amazing. That is the aim of what Trent are trying to do. We want to be standing firmly on the rock, firmly expressing the church and all her values and everything but having our hands reaching out, using lyrics and music that actually makes sense out in the world."

the albums by Trent are awesome, but you know whats better? go see them live!

For more on Trent visit the Trent artist profile