Recording made in 1980 by Clannad sees light of day 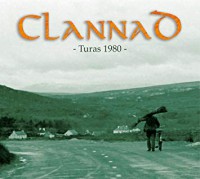 IN THE September/October issue of RnR magazine, Moya Brennan of the veteran Celtic hitmakers Clannad talked about the group's latest release, the Gaelic language 'Turas 1980'. She said, "This small German company called MIG came to us and said they'd come across a recording of a Bremen University theatre gig we did in 1980. Believe me, I cringed at first! It was recorded by Radio Bremen - we were quite new in the market, and it was really exciting for us to be doing this live radio show. They sent us a copy, which myself and my brothers listened to and thought, 'Goodness, we were really tight.' When we did Bremen, we were already a month out on a European tour, really enjoying it and completely into the set. There's not much that's duff - a few things that might get seen by trainspotters, but we were surprised [how good it was]."

For more on Clannad visit the Clannad artist profile