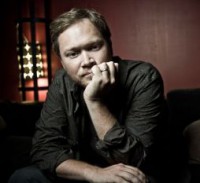 SINGER, songwriter and award-winning author Andrew Peterson has brought together the recordings from his acclaimed 'Resurrection Letters' series, which tells the story of Christ's death, burial and resurrection. The 3-CD boxset, 'Resurrection Letters Anthology', is released through Centricity Music. Said Peterson, "My hope is that these songs, however they're used, will wake up a bright longing in people's hearts for the coming Kingdom for our resurrection, prefigured in Christ's."