Rapper Nomis asks for compassion for the plight of Muslims, women and white people 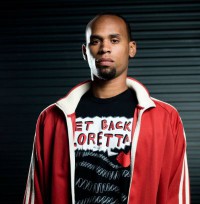 CALIFORNIAN rapper Nomis has released a single, "Agape". Read a press release, "Initially Nomis speaks of the plight of Muslims, women and white people. By the end of the song Nomis is overtly transparent about the trials he's faced in his own life."