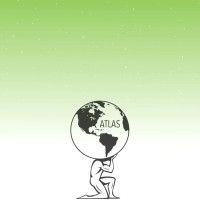 THE HIP-HOP artist from California, Nomis, who has previously enjoyed Cross Rhythms playlist hits with "Chapters" and "Act Of Love", has released the second single, "Atlas", from his Least Of Green series. "Atlas" is described as "a fun song that celebrates hip-hop, speaks to the early years of Nomis' development as an artist, and ultimately lands where Nomis is now as a father and a husband back in his hometown of Oceanside, California."